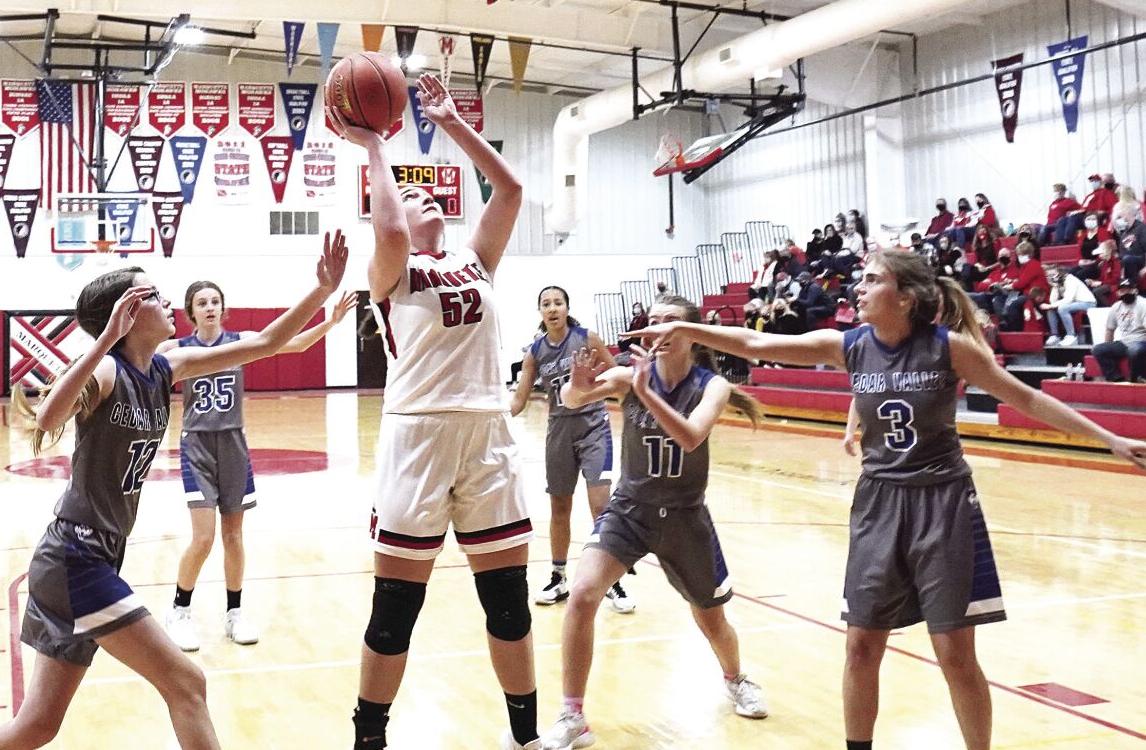 Holley Kremer shoots under the basket. 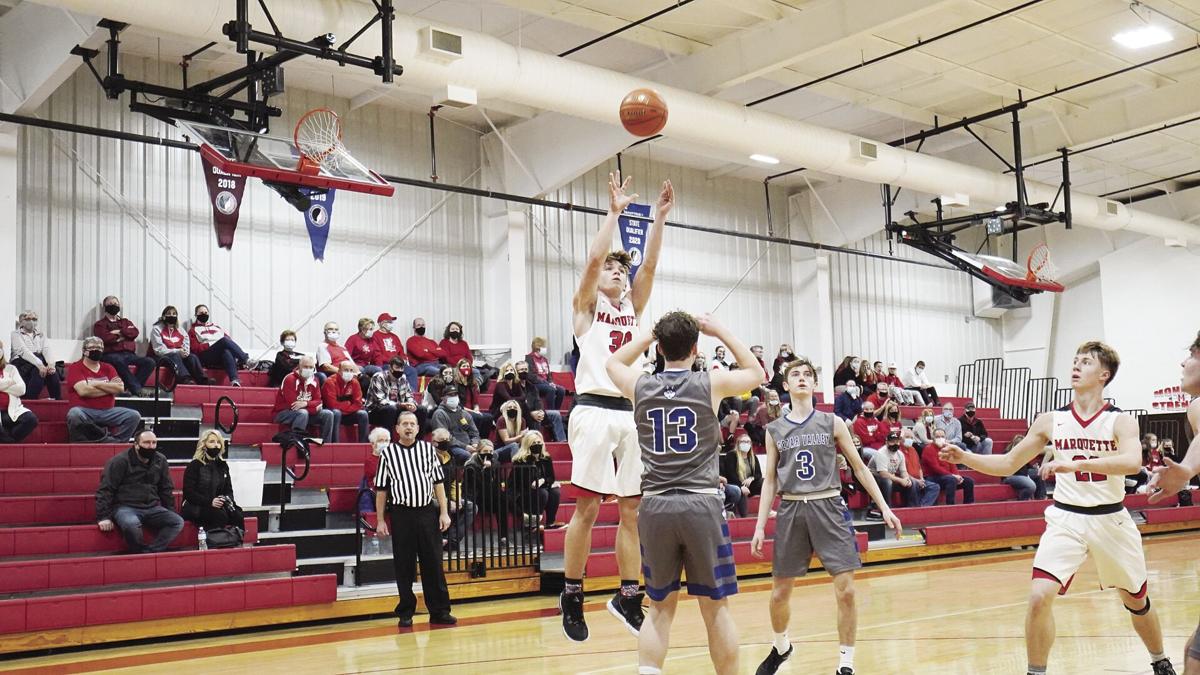 Holley Kremer shoots under the basket.

Marquette broke quickly to a 6-0 lead, with the Huskies’ first points coming with 5:25 left in the first period with a three-pointer. Minutes later, Cedar Valley dropped another three to keep things close early on.

Not long after, the Marquette boys pulled away with an 11-0 run and closed the first period up by 10 points.

Carson Michels started to rack up points with offensive-rebounds and putbacks. He then scored in transition off his own steal, tossed in two 3-pointers.

Michels also bounced an assist to Aza Berthel to close out the first period.

Nolan Tracy also recorded a 3-pointer for Marquette to start the second period. Michels. then scored the Mohawks’ next 12 points.

Cedar Valley tried to counter with 3-pointers, attempting 14 trys in the first half.

Tracy hit his second 3-pointer early in the third, and Marquette went cold for a few minutes leading to a 6-0 run for Cedar Valley, cutting the lead for Marquette.

Husker Extra Podcast: A busy offseason week for the Huskers and a COVID-19 pause in hoops

Then Michels went back to work, assisting with a perfect pass to Nolan Tracy for a layup, and closing the third period with a three-point play to put Marquette on solid ground, 56-38.

In the waning moments of the fourth period, Michels recorded another rebound putback, followed by layup and a jumper on three consecutive trips up the floor, sealing the Homecoming win.

Earlier in the week, the Marquette girls also defeated Calamus-Wheatland 39-33.

Delaney Banowetz once again led Marquette with 19 points and the Mohawks used a strong fourth quarter to hold on for a victory.

Show Off Your Grandchildren 2021

Snow will taper off and end this morning but skies will remain cloudy this afternoon. Temps nearly steady in the mid 30s. Winds NW at 10 to 15 mph. Chance of snow 90%.

Cloudy with snow showers mainly during the morning. High around 30F. Winds NW at 5 to 10 mph. Chance of snow 40%.