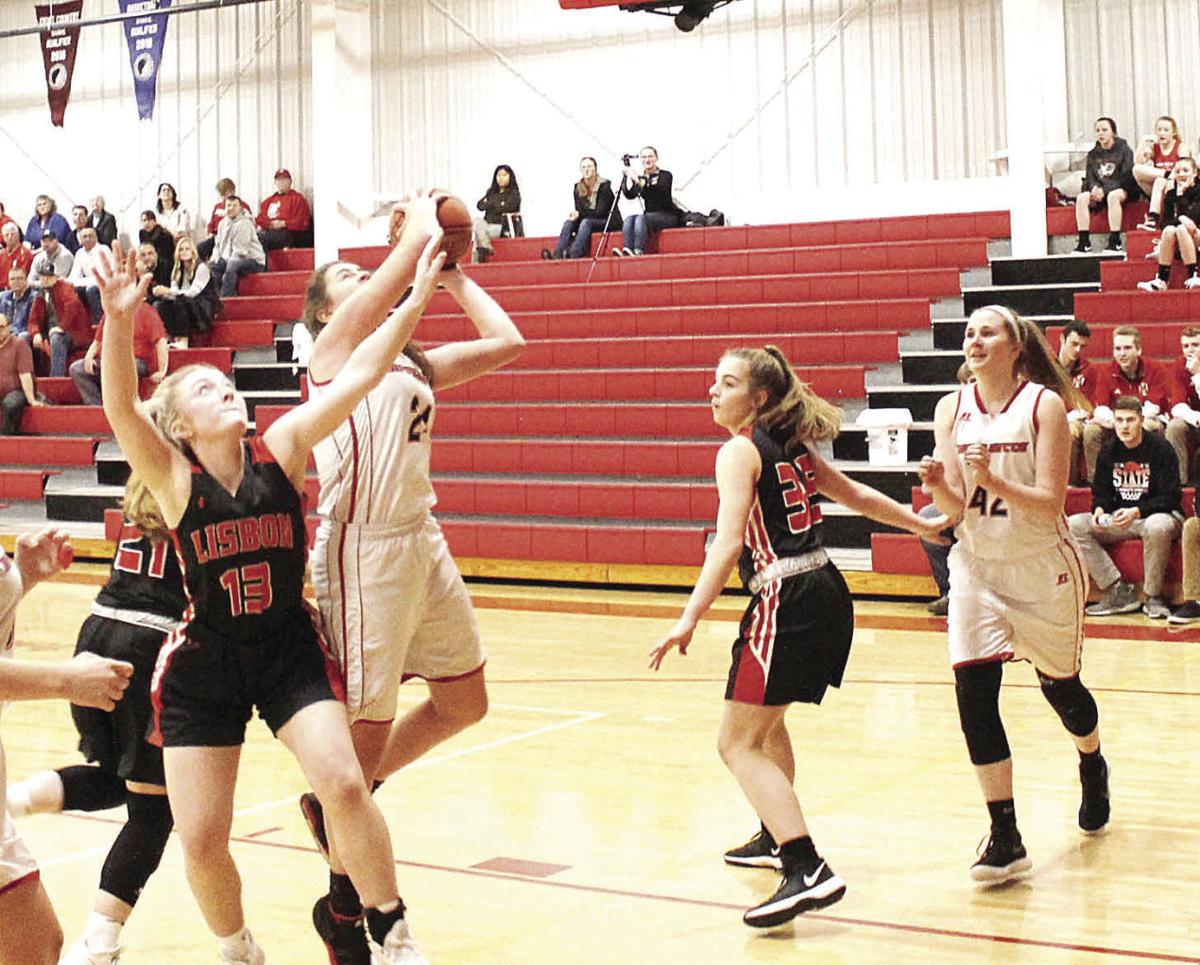 Miranda Peters shoots with her  left hand against the Lisbon Lions. 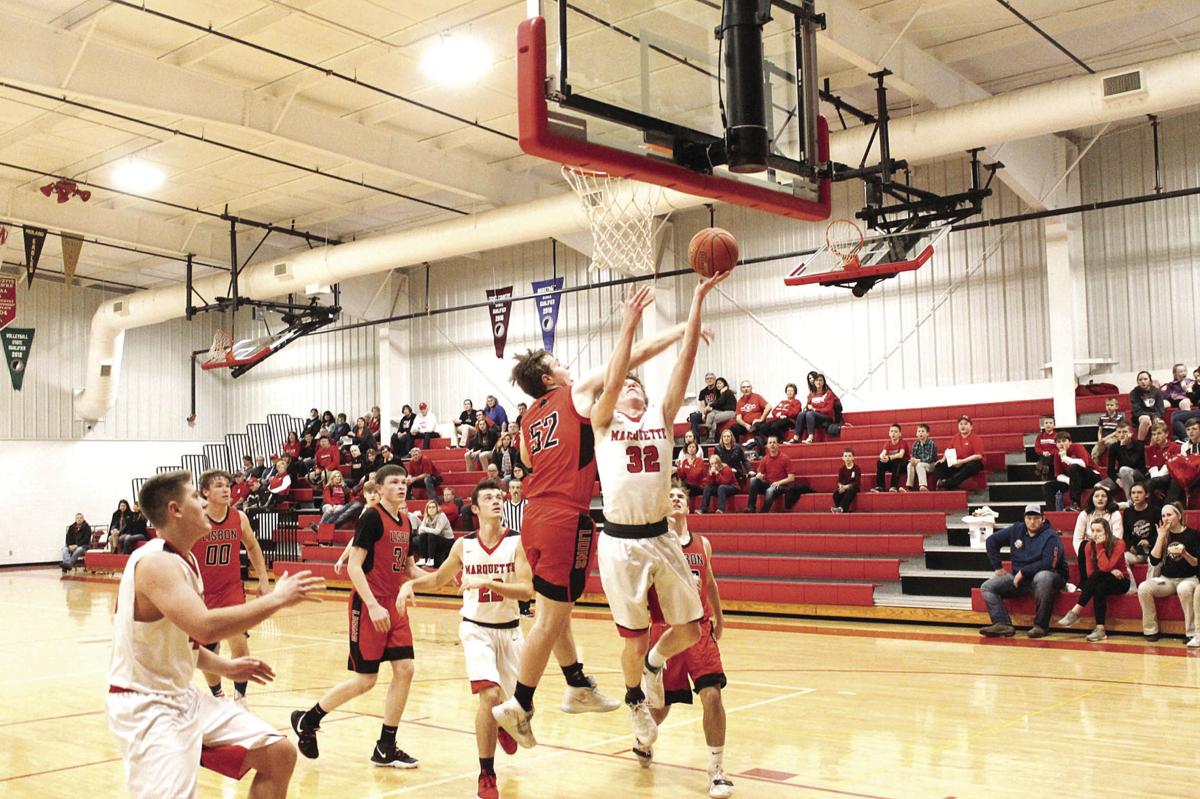 Parker Mueller drives to the basket against Lisbon.

Miranda Peters shoots with her  left hand against the Lisbon Lions.

Parker Mueller drives to the basket against Lisbon.

The Marquette girls improved to 16-1 with a sloppy 55-38 win over the Lisbon Lions last week. Play was anything but the best play of the state’s Class 1A 2nd-rated team, but a win is a win. The scrappy Lions came ready to play and made play what it was.

It was the Mohawks 12th straight win and moved their record to 16-1 for the season.

The Marquette girls  continued their dominant play in the Tri-Rivers conference with a 50 -27 blow out  victory at Cal/Wheat. The win improved the Mohawks to 17-1 for the year.

The Class 1A 2nd-ranked Mohawks got 13-points from Miranda Peters and Delaney Banowetz. Tori Michels added 11-points and 16-rebounds and Ellie O’Brien had 10.

They won the second half scoring  battle 31-17 to earn the big win.

Spring snapshot: A lot to replace, but plenty of potential as NU reloads on D-line

The Marquette boys lost a conference game to Lisbon, a game they let get away late via missed scoring opportunities.

A 21-11 Marquette run moved the Mohawks in contention to win the game.  Missed free throws late kept the Mohawks from a tie or the lead. The Lions hit four  free throws in the closing seconds to fend off the Mohawks.

The Mohawks still had a chance to tie with a little time left but a Carson Michels three rimmed out. Michels had and outstanding game scoring 29 points from all over the court. His play throughout game kept the Mohawks  in contention to win the game.

The Marquette boys, struggling to recover from a tough loss at home to Lisbon, played  the the Warriors  to a 30-29  halftime score  and were close at 41-37 with just one quarter to play.

Carson Michels kept the game close, scoring 31-points. Michels scored 16-points in the first half to help  keep the Mohawks in the game.