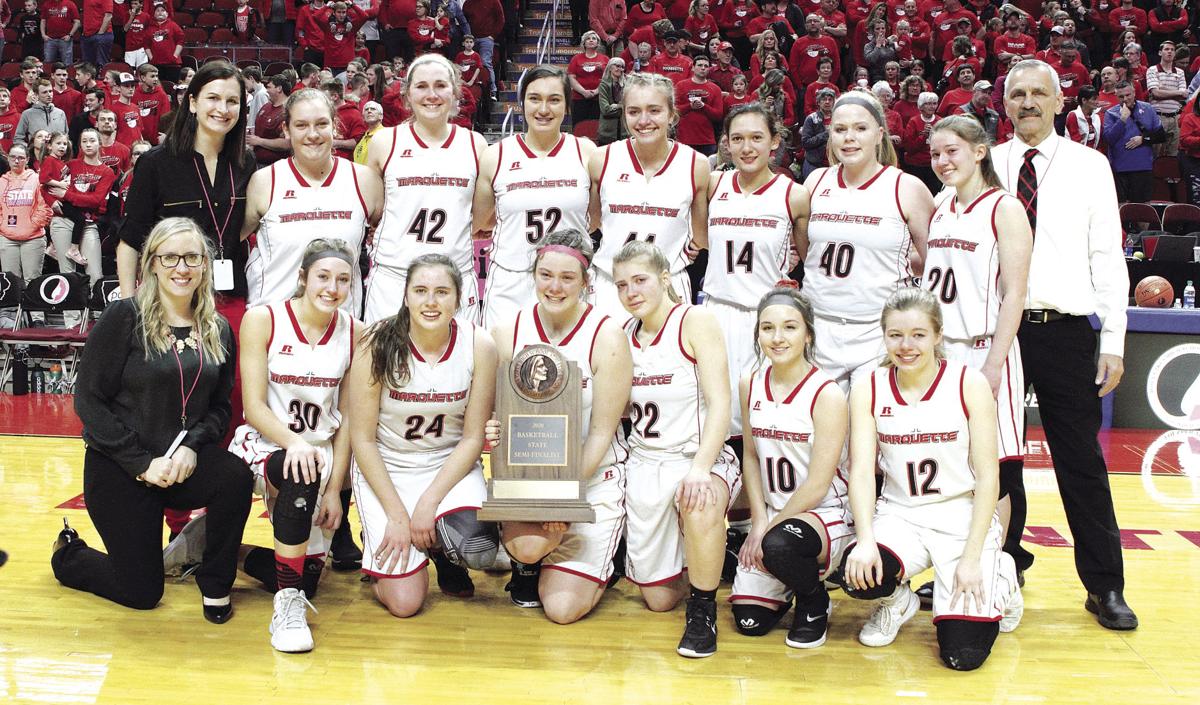 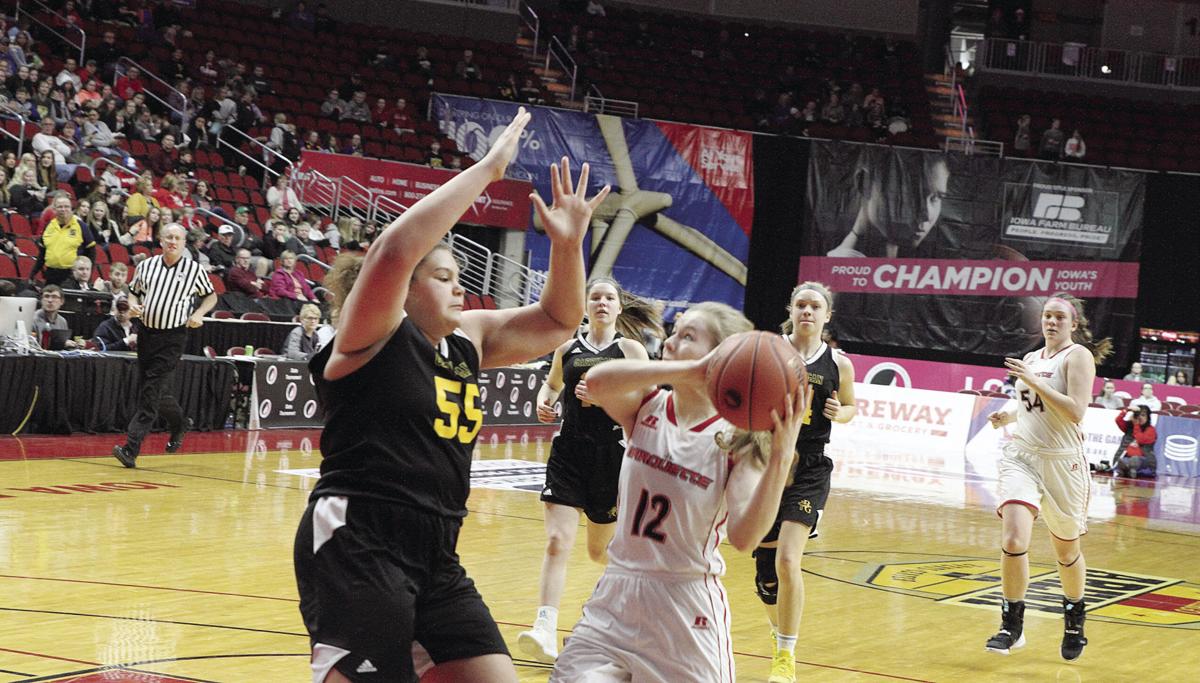 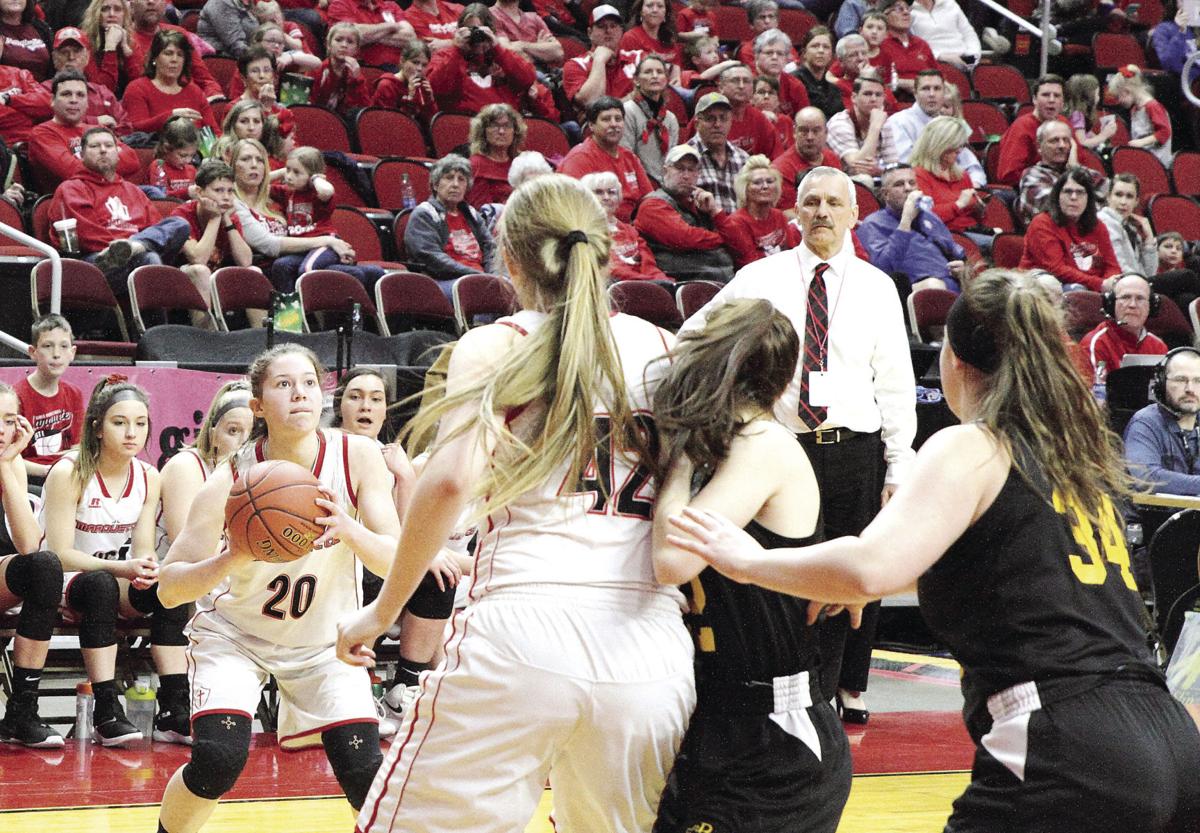 Elise Kilburg looks to take a shot while coach Jim Kettmann looks on. 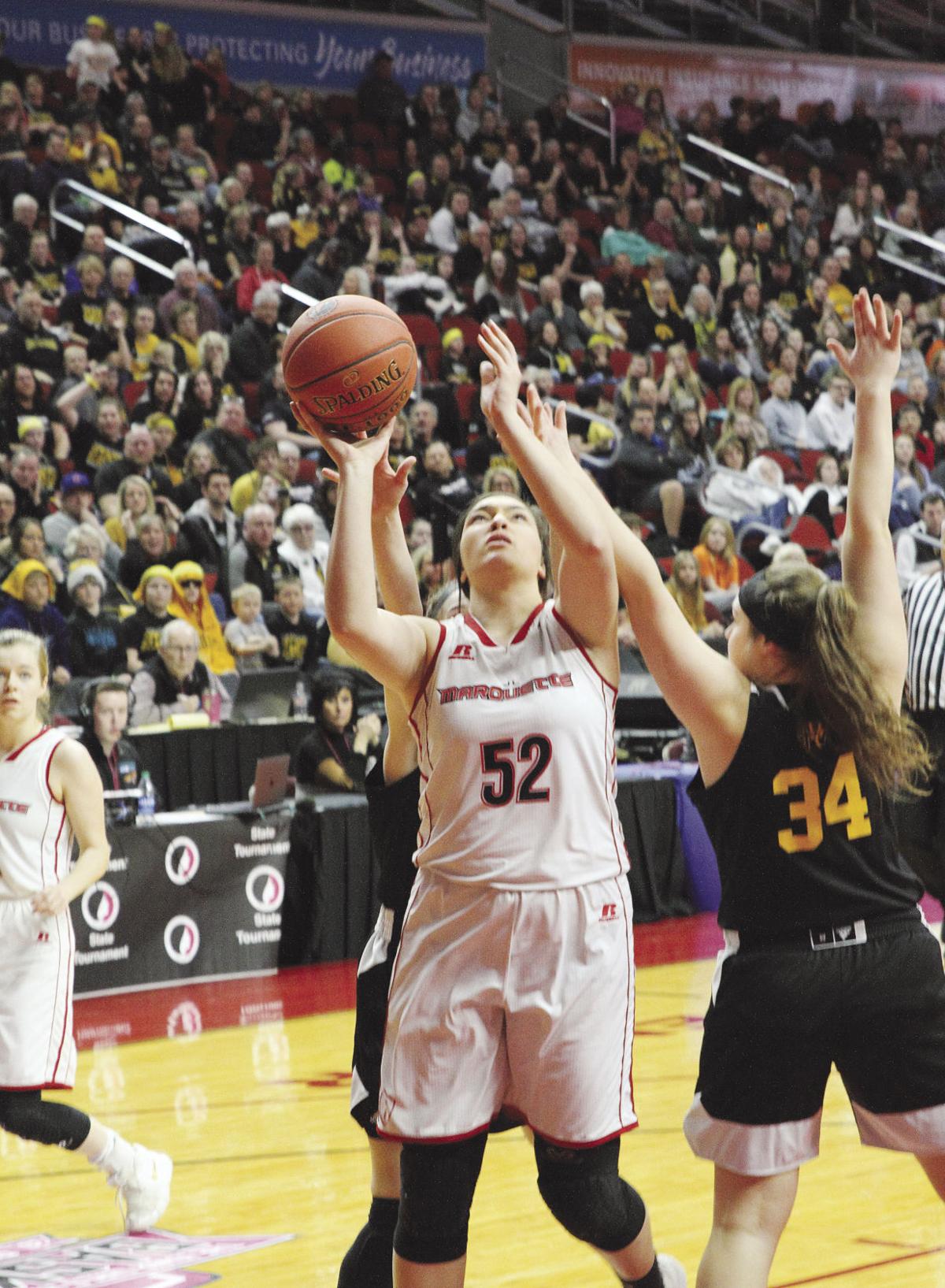 Holly Kremer drives to the bucket. 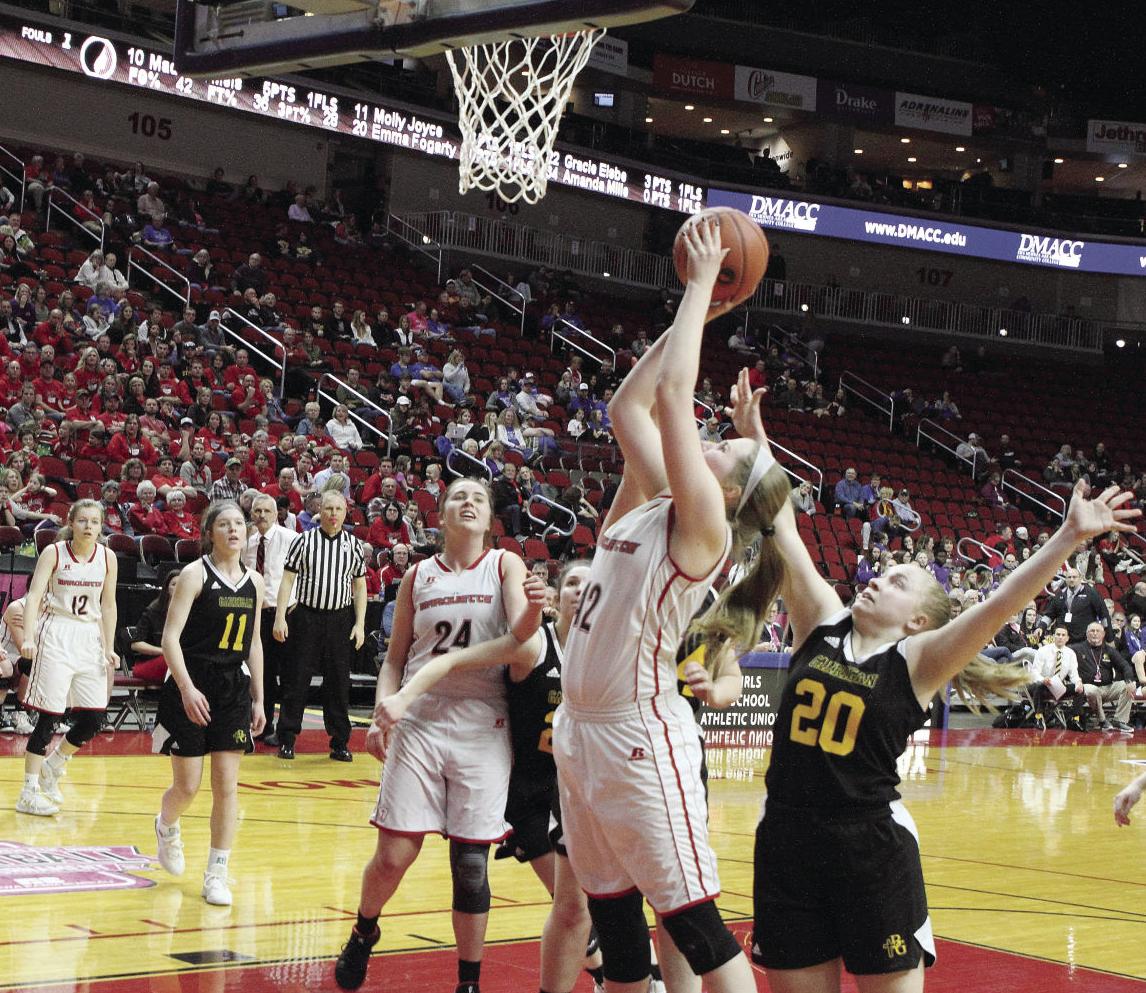 Ellie O’Brien goes in for a score.

Elise Kilburg looks to take a shot while coach Jim Kettmann looks on.

Holly Kremer drives to the bucket.

Ellie O’Brien goes in for a score.

Marquette’s outstanding season was ended abruptly by a tenacious Bishop-Garrigan defense that forced 29 turnovers (23 that were steals) in the 69-37 victory last Friday in Des Moines.

At the end of the first quarter, the Mohawks held a 17-16 lead. From here the game turned ugly  for Marquette.  Early in the second quarter, the Bears went on a big run to build a 39-29 halftime lead.

The  hopes for a Marquette comeback  were dashed early in the second half by the defensive pressure of the Bishop-Garrigan. The Algona team forced turnovers and steals time after time that led to easy scores. The lead swelled to 60-33 with one quarter to play.  It reached 66-33 after freshman sensation Audi Crooks scored six straight points in the lane.

When the game was over, it was the defense and  presence of the Bears 6’3” post player Crooks that made the difference. She intimidated and altered shots inside, where the Mohawks game is played.

Marquette was able to slow  Crook’s inside presence by double and triple teaming her, but that opened up her teammates and they   hit wide-open shots to end Marquette’s second consecutive state title run.

The Mohawks season ended for the second straight year in the state semi-finals and season record at 25-2.

Marquette graduates three fine seniors that have had record-setting careers. They include Halle Kilburg, Miranda Peters and Tori Michel, the Class 1A leader in rebounds,  and top  rebounder in school history

Bishop-Garrigan moved onto the title game   with a 25-1 record Saturday night, but were defeated by undefeated Newell-Fonda, the same team that ended Marquette’s state run last year.

Partly cloudy in the morning. Increasing clouds with periods of showers later in the day. High 64F. Winds WNW at 10 to 20 mph. Chance of rain 50%.