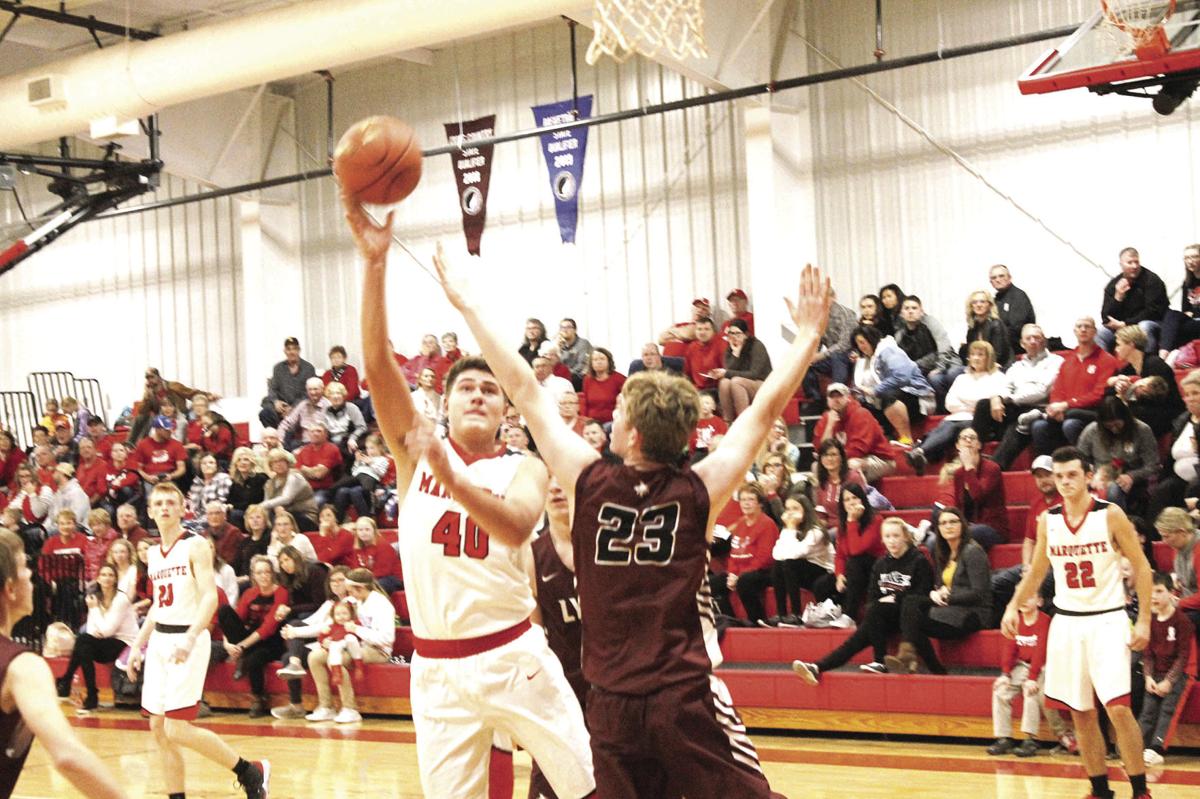 Matt Brinker shoots over a Lynx defender during last week’s game at the MEC. 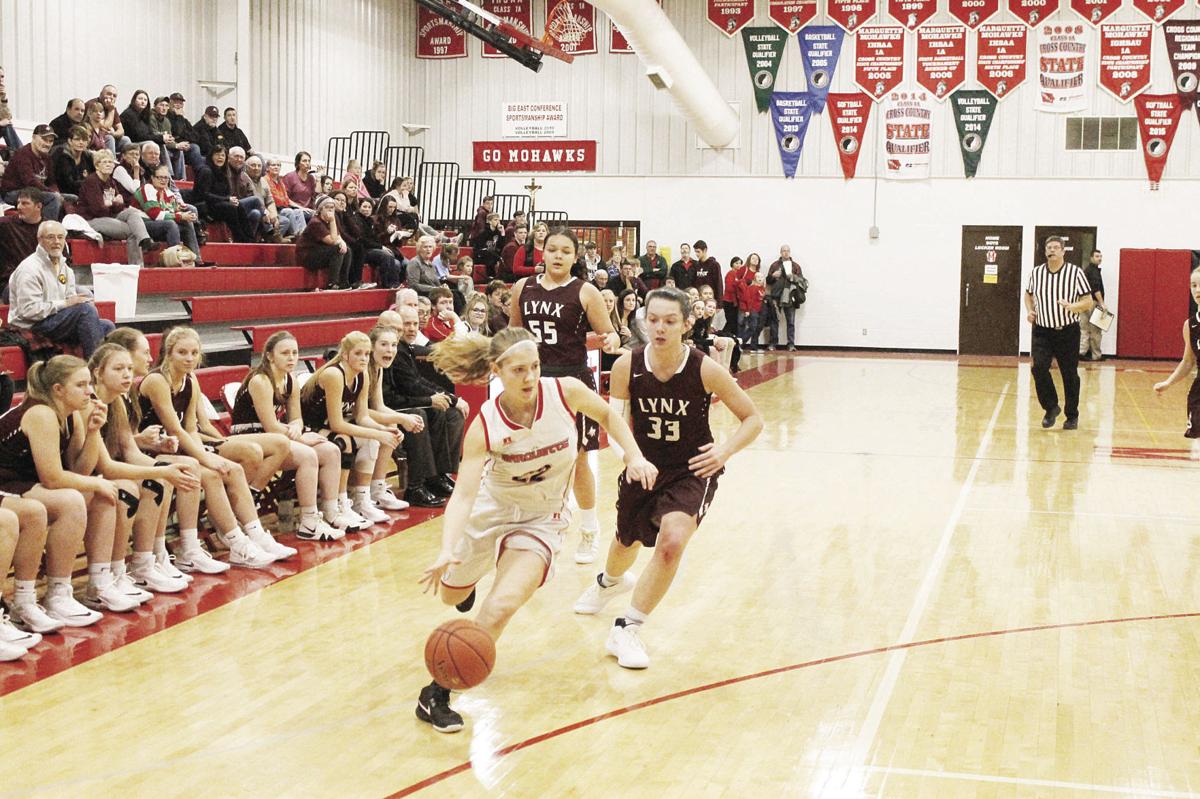 Halle Kilburg breaks the defensive pressure of the Lynx in the Mohawk’s big 60-40 win.

Matt Brinker shoots over a Lynx defender during last week’s game at the MEC.

Halle Kilburg breaks the defensive pressure of the Lynx in the Mohawk’s big 60-40 win.

The Wildcats rallied from a 10-4 first quarter deficit to earn a 25-16 halftime lead. The Cats outscored the Mohawks 21-6 in the period  to take control of the game. The Mohawks  never came closer, and were defeated 51-35.

Parker Mueller and Carson Michels sparked the Mohawks out  to the 10-4 lead.

The Marquette boys were in trouble from the opening tip. A relentless North Linn Lynx team scored first an kept up the pressure on in  a 90-24 romp past the Mohawks.

The  Lynx, a Class 2A  ranked team, have size and quickness  and play with great effort. a very good basketball team.

Marquette boys suffered a 54-36 non-conference loss to the Durant Wildcats.

A slow start got them in a deficit early The deficit grew to 23-14 at the half and the Mohawks never got closer.

Carson Michels scored 15-points 10 in the second half for Marquette. The Wildcats were led by J. Lillienthal with 24-pts and D Delong added 11.

The Class 2A ranked Wildcats used long range  shooting to knock off the Class 1A 4th ranked Mohawks. They Wildcats knocked down eight threes in a battle of unbeaten teams

The Mohawks held a 4-pt advantage at the end of the first period 14-10, were down just two points at the half 26-24 when the home team clamped down on defense and won the second half 27-14.

Superb defense and balanced scoring sent the 5th rated Mohawks flying by the highly rated Class 2A Lynx. The ability of the Mohawks  back court players to break the Lynx pressure (Miranda Peters, Delaney Banowetz and Halle Kilburg) and turn that into easy scores was huge in the victory.

Bears 2020 vision: Cornerbacks are as solid as any unit on depth chart

The win gives the Class 1A  Mohawks a split with two of the state’s highly rated Class 2A  basketball teams.

Delaney Banowetz started the Mohawks first quarter scoring   a pair of threes to key the 16-11 lead.

Marquette’s front court scored three double-doubles in a blowout win over the Wildcats. They were led by Tori Michel’s 25 points and 14 rebounds. Miranda Peters added 18 points, 11 rebounds; and Ellie O’Brien had 13 points, 12 rebounds.

Holly Kremer added 8-points and 5 rebounds off the bench to give the Mohawk’s front court all their  points but two .

It was still a close game in the first half. Tied at 17-17 after one period and 31-29 Marquette at the half, Marquette almost doubled up the Cats in the second half to pull away to the 67 -48 non-conference win. The win moves the Mohawks to 4-1 for the season.

Show Off Your Grandchildren!