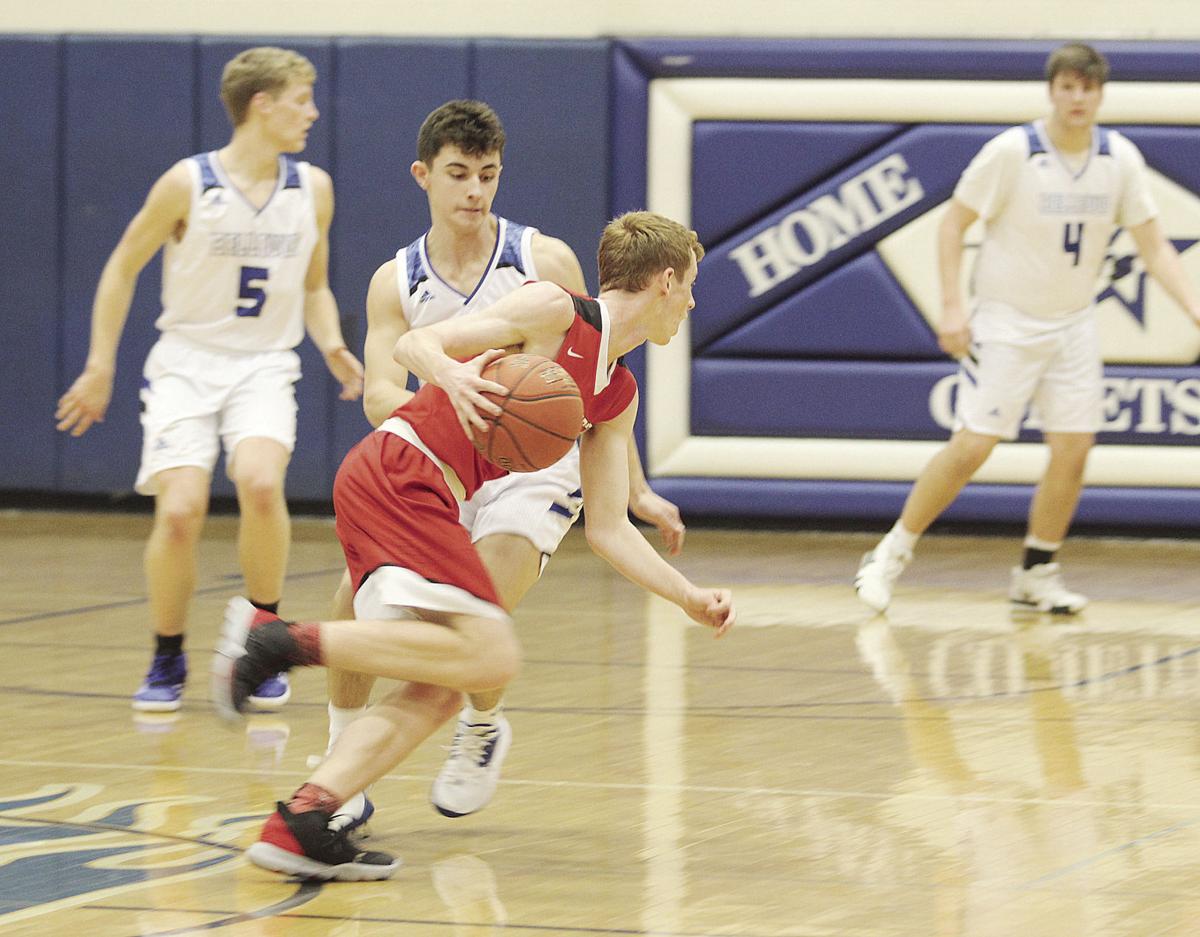 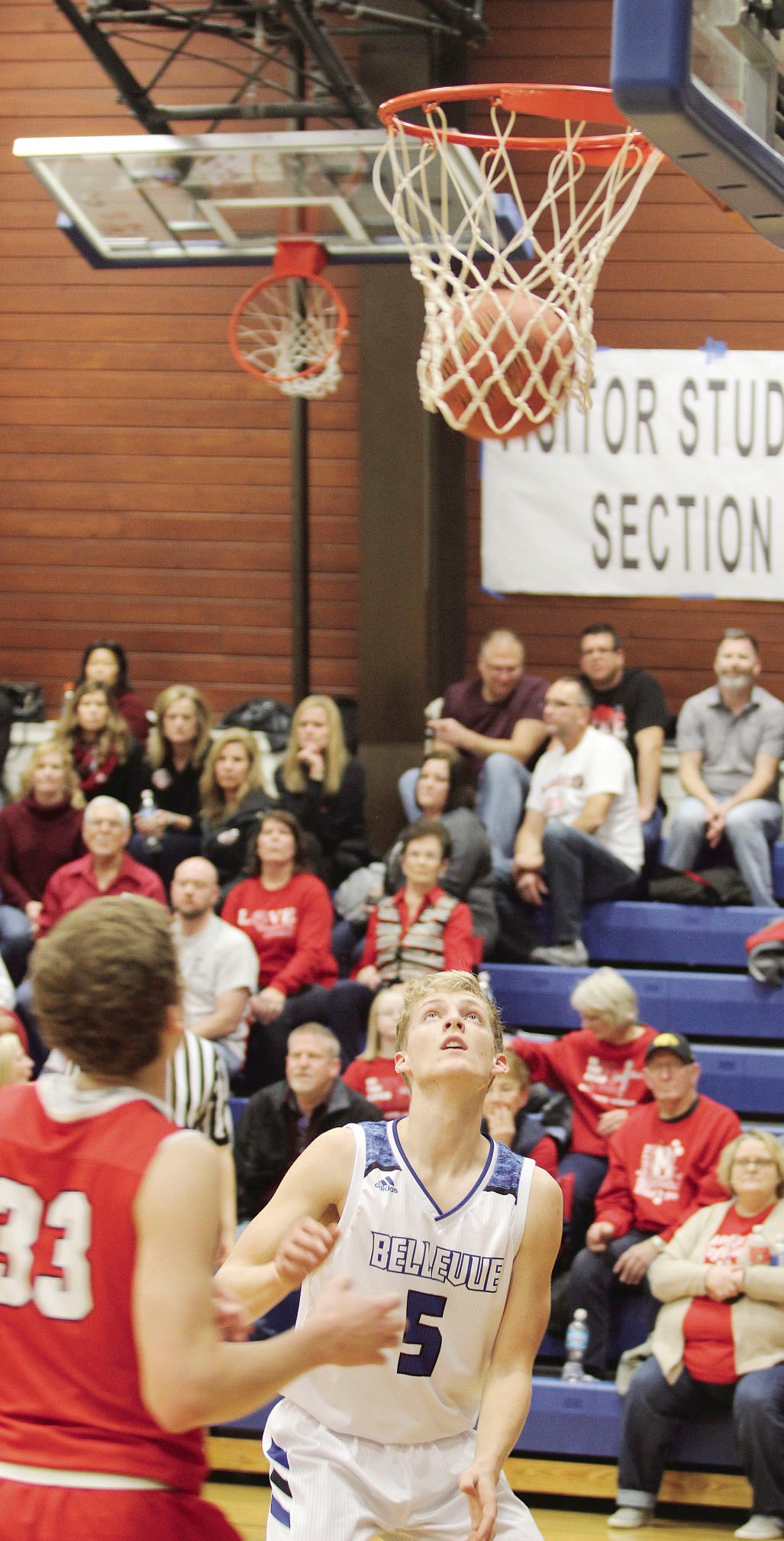 Bellevue’s Jackson Wagner watches the ball go through the bucket as the Comets scored.

Bellevue’s Jackson Wagner watches the ball go through the bucket as the Comets scored.

Two high school boys basketball teams needing a victory played their hearts out for 32 minutes, with the Comets coming away with  a 55-48 win.

The 3-5 Comets scored first and never trailed. The 1-9 Mohawks, however, made it a one possession game on several occasions in the third quarter.

Bellevue  raced out to a 11-4 lead after one quarter and pushed that to 24-15 at the half. Jackson Wagner scored 10 of his 15 points in the half for Bellevue

Carson Michels scored 9 of his game-high 21 points in the half to keep the Mohawks within striking distance.

The final period started fast for the Comets.  Cole Heim hit a three, a Wagner put back and an Andrew Swartz jumper pushed it to 47-39.

Playing catch-up the Mohawks  closed on a Matt Brinker three and a  basket by Michels to make it 52-48.

Michels led all scorers with 21 points, Brinker added a double -double with 16 points  and 10 rebounds.

Free Agency 2020: With tight cap, can Bears go on the offensive to fix woeful offense?