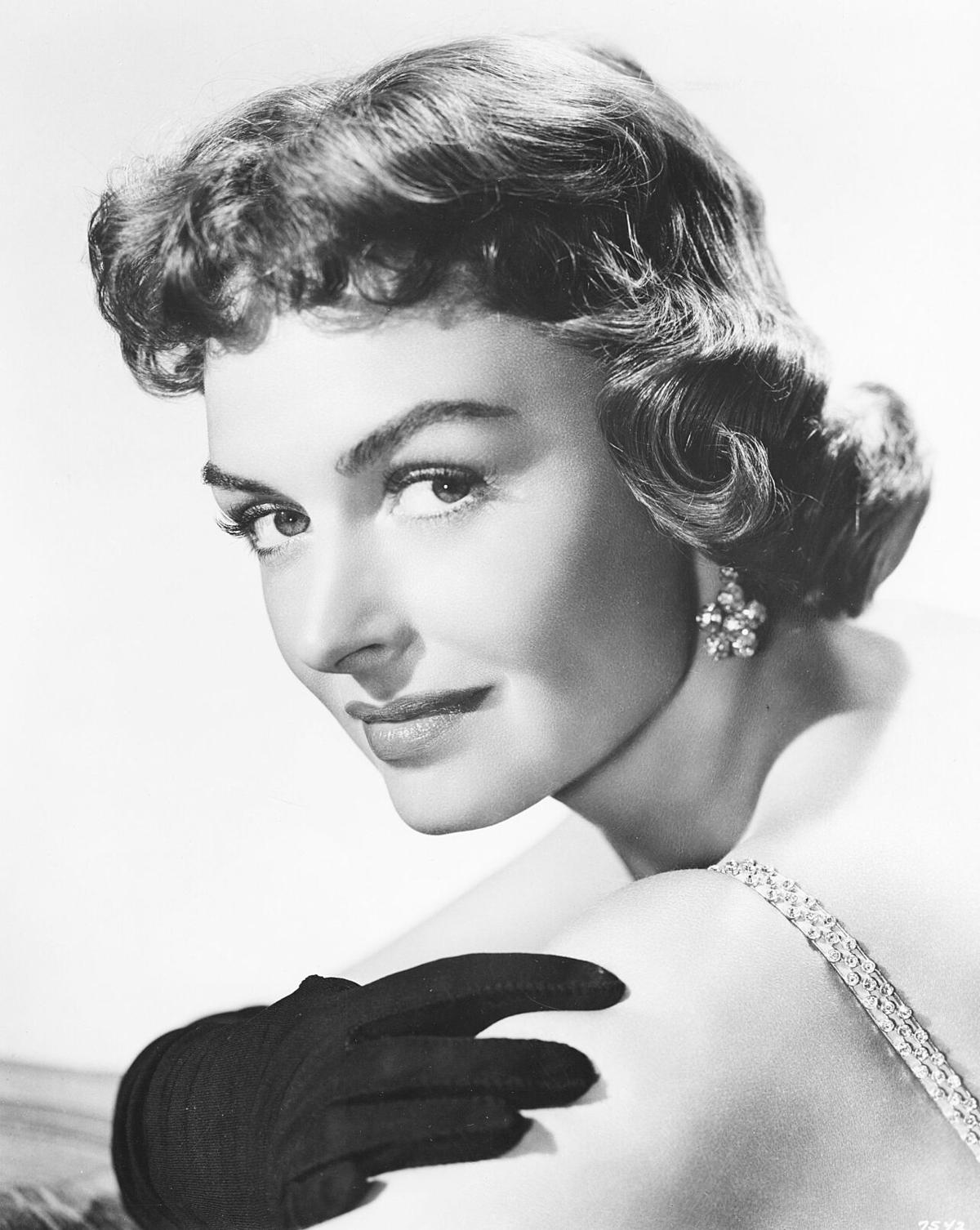 A studio portrait of Donna Reed in the 1950s. (State Historical Society of Iowa) 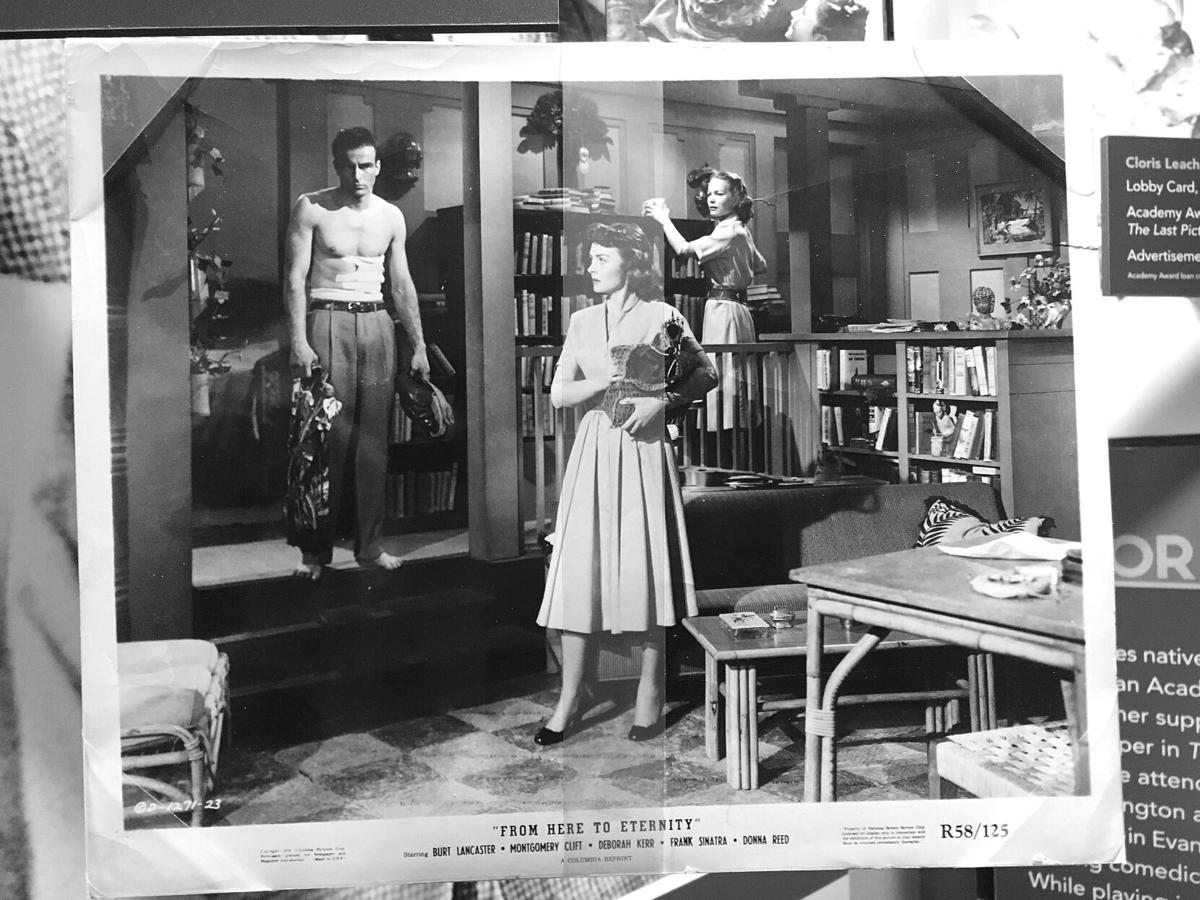 A promotional photo of “From Here to Eternity,” the 1953 movie for which Donna Reed won an Academy Award, is on display in the “Hollywood in the Heartland” exhibition at the State Historical Museum of Iowa.

A studio portrait of Donna Reed in the 1950s. (State Historical Society of Iowa)

A promotional photo of “From Here to Eternity,” the 1953 movie for which Donna Reed won an Academy Award, is on display in the “Hollywood in the Heartland” exhibition at the State Historical Museum of Iowa.

When the world celebrates the 100th anniversary of Donna Reed’s birthday, on Jan. 27, different generations will remember the actress differently. To the Greatest Generation, she was a sweetheart. To Baby Boomers, a mother. To many Millennials, she was a benefactor, thanks to her namesake foundation that has helped launch hundreds of careers in the performing arts.

And to Iowans, she was always one of us.

This year, her home state plans to honor her life (1921-1986) and enduring legacy with a virtual tribute on her birthday, commemorative displays at the Donna Reed Heritage Museum in her native Denison and the State Historical Museum of Iowa in Des Moines, and more events at the end of the year, when her most popular movie, “It’s a Wonderful Life,” marks its 75th anniversary.

“Her career spanned the great American Century and reflected all that was good about our country,” Reed’s daughter, Mary Owen, noted in a tribute produced by Turner Classic Movies, which will broadcast many of Reed’s movies on her birthday. “Her keen intelligence, Iowa strength, warmth and natural beauty always radiates on screen because it was there in real life, as well.”

Donnabelle Mullenger was just 17 when she left Iowa and packed her bags for California. She won a Los Angeles beauty pageant, which landed her a spot in the Rose Bowl Parade, a photo on the front page of the Los Angeles Times and, soon after, a contract with MGM Studios.

The studio changed her name to Donna Reed for her first movie, “The Get-Away,” when she was just 20, and the name stuck.

Reed won an Academy Award in the 1954 movie “From Here to Eternity” and co-founded her own TV production company, which produced “The Donna Reed Show” from 1958 through 1966. Back then, few women held executive roles in Hollywood.

“She was a very, very savvy, smart mother,” Owen said during a recent event at the State Historical Museum of Iowa.

Owen lives in Iowa City, where she moved last year from New York. She has kept in touch over the years with Iowans  and serves on the board of the Donna Reed Performing Arts Center and Heritage Museum, which proudly displays many of Reed’s photos and mementos.

“Even after her Academy Award, she would come back to visit,” museum curator Jerry Peterman said. “She never forgot Denison.”

Reed honored her hometown by donating her Oscar to the city, where fans can make a pilgrimage to see it. And Denison has returned the favor in lots of ways. Even its water tower says “It’s a Wonderful Life.”

“Denison is known for Donna Reed,” mayor Pam Soseman said. “We have people coming in from out of town and out of state to see the theater and the museum.”

For more than 30 years, the Donna Reed Foundation has offered scholarships to encourage young people to pursue careers in the performing arts. Every summer, Denison hosts a festival with training workshops for up-and-comers.

Sometimes “we think of the arts as a frivolity, but the arts are actually the most powerful, exponentially transformative element in our culture,” Dixon said. “A poem, a book, a play can transform a generation.

He added that Reed tapped into that power “by creating things that would allow young people like me, who she would never meet, to come into a legacy and connect with others.”

A birthday tribute, co-hosted via Facebook Live by the State Historical Society of Iowa and Produce Iowa, the state office of film and media production.

“Hollywood in the Heartland”

An exhibit at the State Historical Museum of Iowa, showcasing Iowa’s history with the silver screen. A handful of movie-related sites can be found statewide on a new featured tour on the free Iowa Culture mobile app, which highlights more than 3,500 art, film and history sites in all 99 counties.

This article was provided by the Iowa Culture Wire, a free service of the Iowa Department of Cultural Affairs.

Intervals of clouds and sunshine in the morning with more clouds for later in the day. High 53F. Winds NW at 10 to 15 mph.