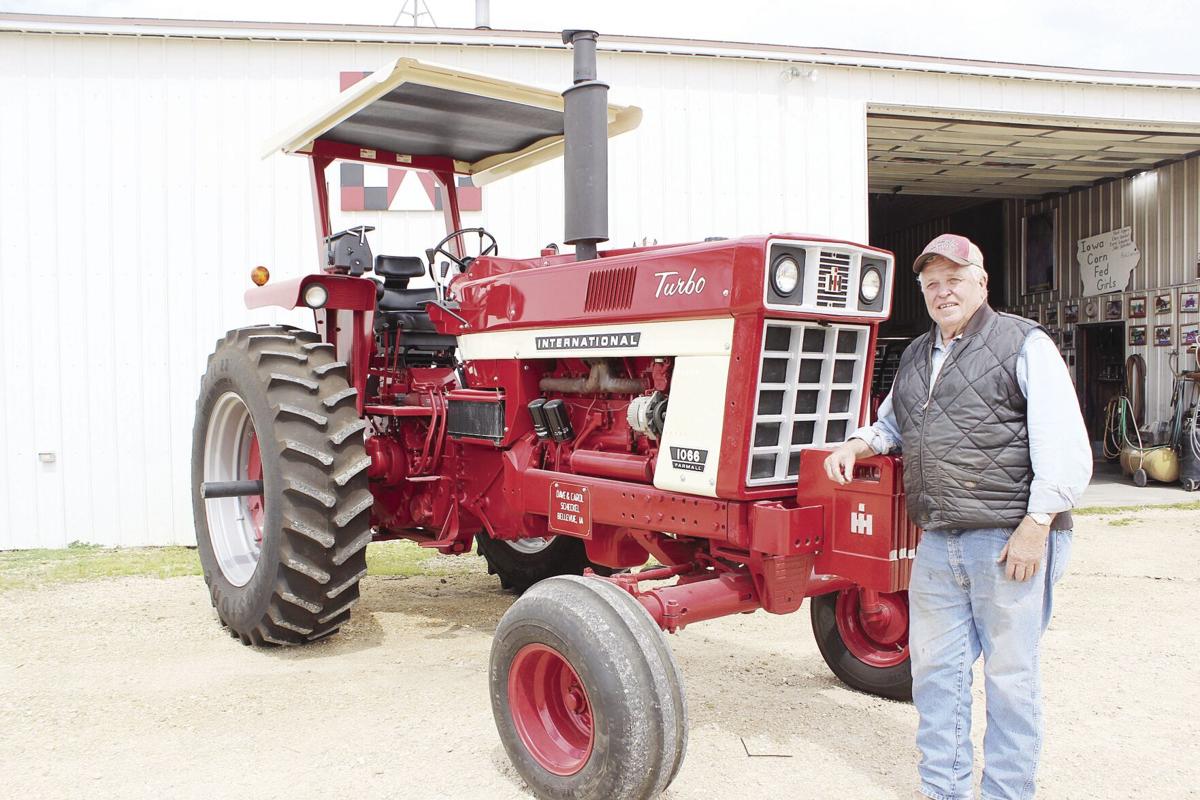 Bellevue’s Dave Scheckel will be driving a 1973 International 1066 over the hills and bluffs of Jackson County in this weekend’s Eastern Iowa Tractorcade. 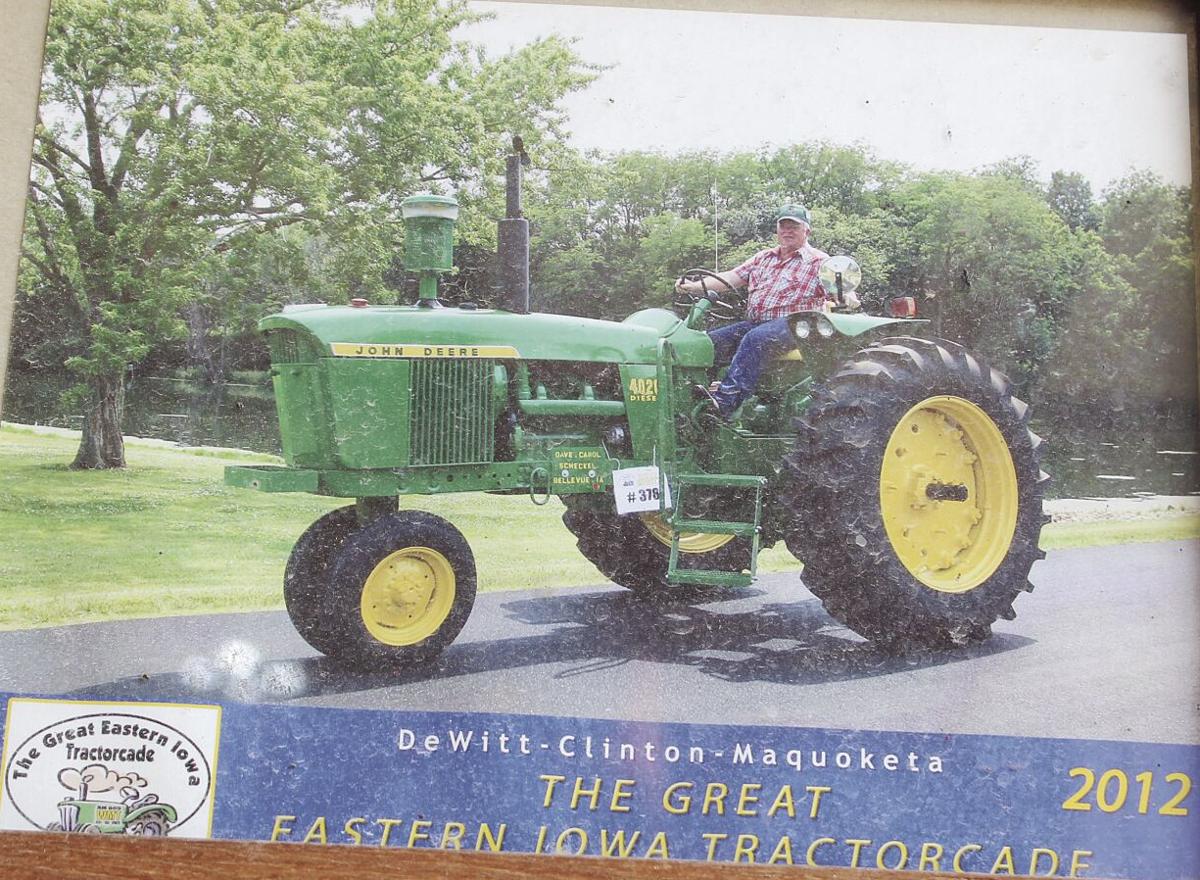 Bellevue’s Dave Scheckel will be driving a 1973 International 1066 over the hills and bluffs of Jackson County in this weekend’s Eastern Iowa Tractorcade.

When the big announcement came earlier this year that the 2021 WMT Great Eastern Iowa Tractorcade will make its home base in Bellevue, Dave Scheckel couldn’t have been happier.

The massive event, which usually involves nearly 500 tractors and drivers, along with hundreds more in terms of family, friends and support staff, will stay in Bellevue from June 6 to June 9.

“I’ve been riding in the Tractorcade for the past 20 years,” said Scheckel, who is also a tractor restoration enthusiast. “I usually drive a different tractor each time.”

This year, Scheckel will be driving a 1973 International 1066 over the hills and bluffs of Jackson County. “It will be nice to have it all based out of Bellevue.”

Each evening the Tractorcade will return to Bellevue, where the tractor home base will be at the Bellevue High School Parking lot. Participants will be staying in various hotels, bed and breakfast venues and several local campgrounds.

Although the Great Eastern Iowa Tractorcade is smaller than an event like RAGBRAI, there are some similarities. Riders like to keep their tractors shined up and even decorate them to make them unique.

Also, participants come from all over including old tractor enthusiasts from Kentucky to California. With them are many other folks, who will certainly be exploring the finer points of the Bellevue area, and hopefully patronizing some of the local businesses.

There are themes for each down. The first day is called “Down the River,” which will feature Bellevue, Green Island, Miles, Sabula and Preston. Day 2 is “Funky Figure 8,” which will wind through Pleasant Creek, Spragueville, Andrew, Maquoketa, Delmar, Charlotte and Springbrook. Day 3 is “Polygon Day,” which covers Cottonville, La Motte and St. Donatus.

WMT and WHO Farm Broadcaster Andy Petersen came to Bellevue to make the big announcement at Roeder Bros. Implement in late January. He said that WHO Broadcasting began the Great Iowa Tractor Ride 23 years ago, because, “There’s an awful lot of interest in the history of agriculture on display… and there really wasn’t anything like this back then… Three years later, WMT decided to do the same thing in eastern Iowa.”

According to Petersen, the annual event draws tractors, and tractor enthusiasts, from all across the USA.  He said that people came from as far as Arizona, Kentucky,and Michigan to watch or participate.  He added that the Tractorcade is really all about “the relationships that have been built over the years.”

As for Scheckel, who will lead an entourage of riders from Bellevue, his  classic tractor restoration days started back in 1985 when he beganworking on an old Farmall. While he’s slowing down a little now, Scheckel said he usually restores two to three tractors per year, whether they be for him or as a job for others. “You really don’t make any money, I just do it for a hobby. I like it,” said Scheckel.

And he also likes the tractor rides. As well as sponsoring such an event each fall in eastern Jackson County, he spends several days on the WMT Tractor Ride.

“I like the camaraderie of the other people on the ride. We can talk about our tractors and trade stories. It’s good wholesome fun.”

The 2021 WMT Great Eastern Iowa Tractorcade route, for the first time, will make its home base in Bellevue from June 6-9.

Events open to the public include:

Sunday, June 6: Lunch and snacks from 11 a.m.-2 p.m. in Bellevue. Tractors will be staged as they arrive. Fried chicken dinner from 4-7 p.m.

The tractors will make no unscheduled stops during the event.

Each evening the tractorcade will return to Bellevue, where the tractor home base will be at the Bellevue High School parking lot.