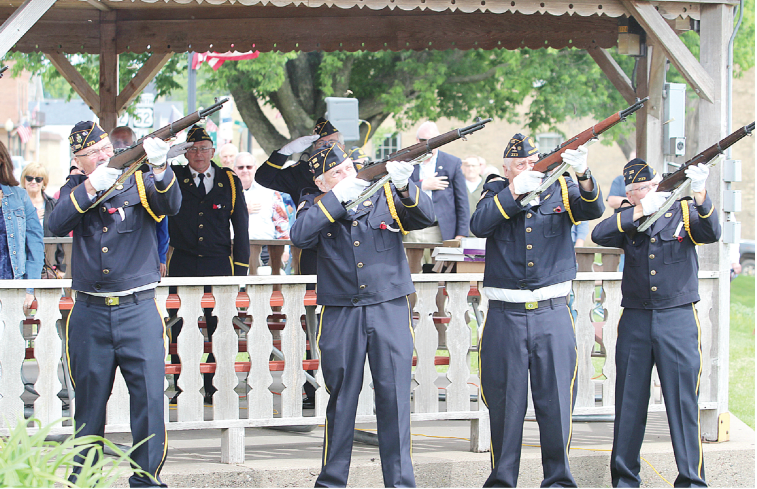 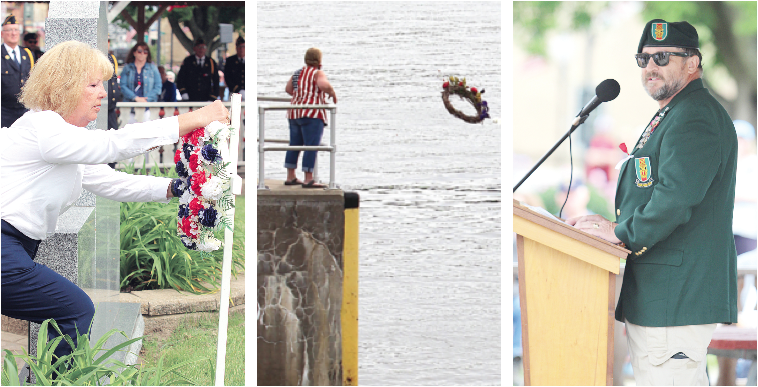 Legion members recognized those veterans who have passed away during the past year with the “Roll Call of the Dead,” and laid a wreath in the Mississippi River for those who perished at sea.

The Bellevue High School Marching Band also performed and provided a solemn rendition of Taps and Echo and other patriotic music.

Memorial Day program coordinator and emcee Leonard Ernst ran through a list of people to thank during the ceremony, which was well attended under sunny blue skies and near perfect temperatures.

Legendary coach on why he's deciding to retire

Gov. Reynolds: Iowa will use pandemic funds for marketing campaign

Ernst also praised the high school band, under the direction of Mr. Davies, as well as Pastor Paul Gammelin of St. John Lutheran Church, who provided the opening prayer.

Post officers conducted the Roll Call of the Dead from World War I and World War II, Korea, and Vietnam, as well as veterans who passed away since the last Memorial Day, including WWII veteran Lester Michels.

The wreath was dropped in the waters of the Mississippi River by the Ladies Auxiiliary, while the placing of the wreath on the Tableau was conducted by Bellevue Legion Auxiliary member Andrea Melton.

The Salute to the Dead, 21 shots by the Legion Firing Squad was well done, as was the traditional tribute to past Sergeant at Arms, Eugene “Tuffy” Ernst, by Leonard Ernst.

Sons of the American Legion