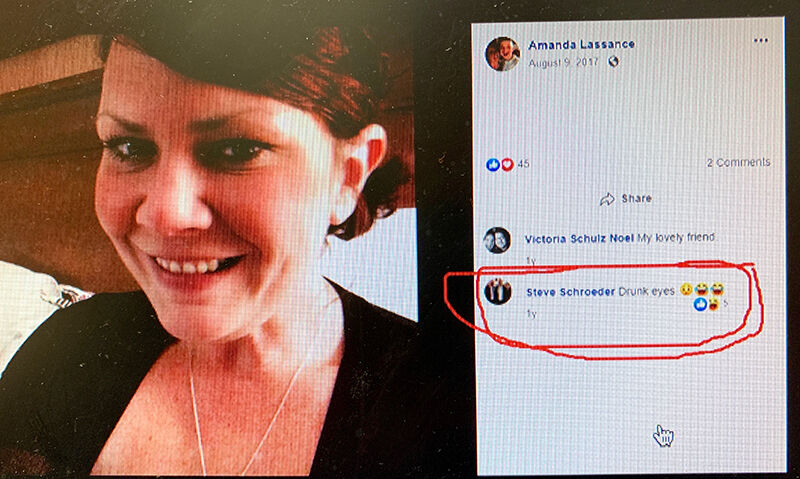 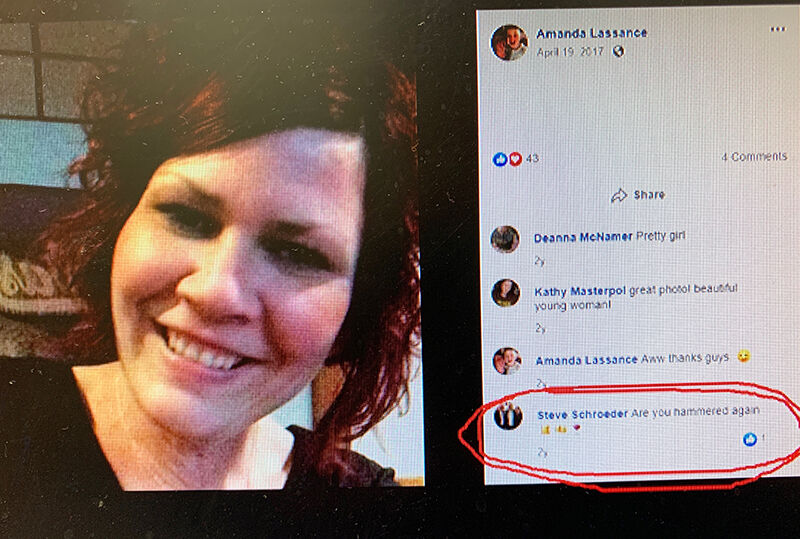 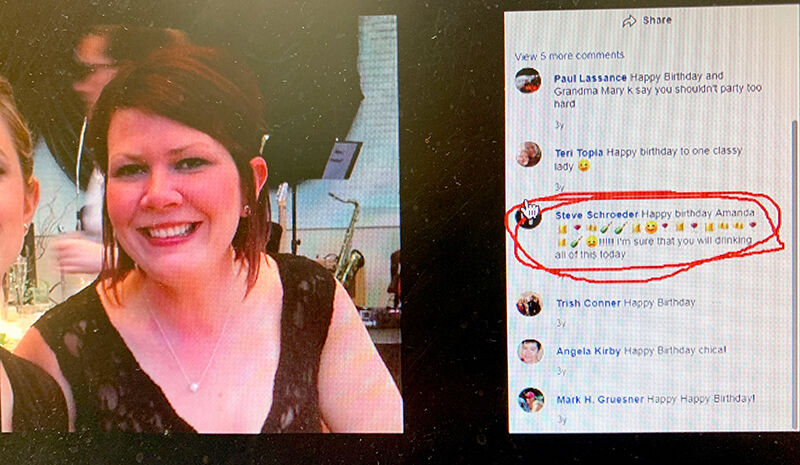 Sycamore Media has obtained video that shows Jackson County Chief Deputy Steve Schroeder, his 21-year-old daughter and a woman under the drinking age of 21 doing shots together in a West Des Moines bar.

The newspaper has repeatedly sought comment and explanation of the video’s content from Schroeder – who is a candidate for Jackson County Sheriff – and the 19-year-old who appears in the video.

The newspaper has also sought comment from Schroeder about social media posts in which he appears to be celebrating the idea of drunkenness with Amanda Lassance, Jackson County’s assistant attorney, who, herself, was at the center of a high-profile alcohol-related incident last year.

After Schroeder didn’t respond to telephone calls and emails, Sycamore Media used certified mail to send a copy of the video to the Jackson County Sheriff’s Office and to Schroeder’s home. Included in the mailing was a letter that again asked Schroeder to explain the video’s content.

Schroeder did not respond.

The video shows Schroeder, his daughter Marissa, and Sunny North, all of whom are from Bellevue, smiling into the camera before raising shot glasses and drinking the liquid inside them.

North graduated from Marquette High School in Bellevue in 2019, and according to multiple sources, including department of motor vehicle records, is 19 years old. Iowa’s legal drinking age is 21.

Efforts to reach North for comment, including a certified letter sent to her home, received no response.

The undated, six-second video is imprinted with the words, “Nothing like a Screwby Snack to start off the night,” and “Wellman’s Pub & Rooftop W. Des Moines.”

Robert Rigg, a law professor at Drake University who specializes in criminal law and ethics, said the video raises questions that Schroeder should publicly answer. Specifically, Rigg said it’s important to know if Schroeder knew North was a minor, and whether the liquid in the shot glasses contained alcohol.

If the answer to those questions is yes, Rigg said Schroeder was committing a crime by “aiding and abetting a minor who is drinking in a bar.”

“We have spent millions of dollars telling kids not to drink,” Rigg said. “If he’s out there drinking with an underage individual, and he knows they are underage and it’s alcohol, then clearly that’s a problem.”

Bill Moulder, another law enforcement expert, said police officers are sworn to uphold the law and should not knowingly facilitate or participate in violations.

Moulder, who served as Des Moines police chief for 18 years and now owns Moulder and Associates, a consultancy for law enforcement agencies, said when officers take an oath to uphold the law, they are “obligated to not allow criminal conduct to take place in their presence and not to participate in it.”

In a separate matter, Sycamore Media has repeatedly asked Schroeder to comment on a series of social media posts that he appears to have authored on Lassance’s Facebook page.

The undated images of the posts Sycamore Media obtained include celebratory references to Lassance being drunk.

Lassance, who regularly prosecutes drunk driving cases for Jackson County, was found by police in April 2019 in the driver’s seat of her car along the roadside of U.S. Highway 61 near Welton with bloodshot eyes, blurred speech and with beer cans scattered about.

Police officers at the scene included deputies from both Clinton and Jackson counties, who, together, arranged for Lassance to be driven to the Jackson County Courthouse, where she spent the night. No one at the scene subjected Lassance to a sobriety test.

The next morning, Schroeder gave her a ride back to her car.

Schroeder has repeatedly maintained that the sheriff’s office did nothing wrong in how it handled the call, but in June, as part of a ruling in an open records case, Seventh Judicial District Judge John Telleen wrote  that “the central incident of this case raises an allegation that a prosecutor received lenient treatment when she herself was discovered committing a criminal offense.”

Schroeder, a Democrat who has worked as a sheriff’s deputy in Jackson County for 31 years, is facing Republican Brent Kilburg in the Nov. 3 general election.