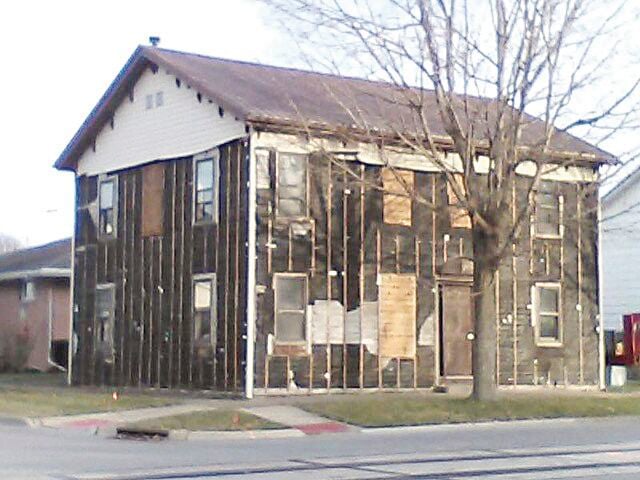 Lot 107, the SE corner of Second and Park streets, was the first home of immigrant and master shoemaker Joseph Lucke after coming to Bellevue in 1856. He started what would become the iconic Lucke shoe store (1856–2009) in a small shop in the backyard. The house was razed December 15, 2020. Below is the original wooden siding and roofline corbels exposed beneath siding. 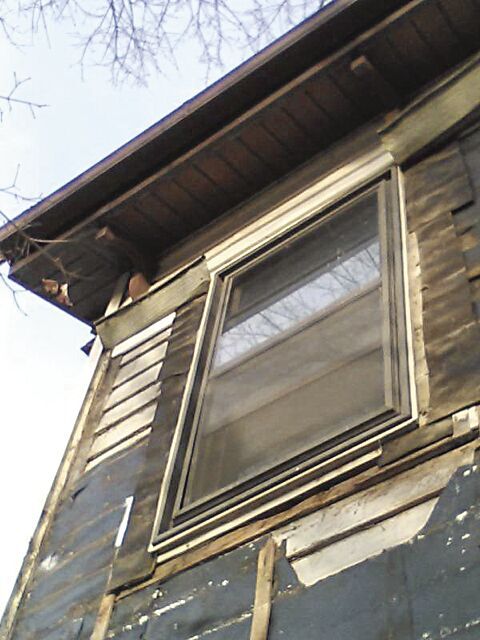 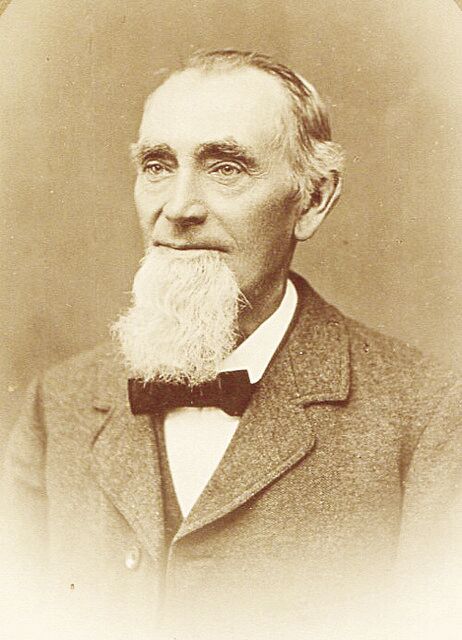 An 1865 view of the Lucke house and yard, taken seven years after Lucke’s purchase. The shoe shop had expanded and moved to  Front Street (Riverview) circa 1865.

Lot 107, the SE corner of Second and Park streets, was the first home of immigrant and master shoemaker Joseph Lucke after coming to Bellevue in 1856. He started what would become the iconic Lucke shoe store (1856–2009) in a small shop in the backyard. The house was razed December 15, 2020. Below is the original wooden siding and roofline corbels exposed beneath siding.

An 1865 view of the Lucke house and yard, taken seven years after Lucke’s purchase. The shoe shop had expanded and moved to  Front Street (Riverview) circa 1865.

Bellevue lost another of its very oldest buildings and a significant local historical site when the house on Lot 107, the SE corner of Second and Park streets, was razed on December 15th. The building minimally was 162 years old and likely older.

By the first list of Bellevue land owners (1841), Lot 107 was owned by J. H. Esgate. He passed away sometime before 1848, when Bellevue merchant Anson Harrington — a merchant who played a significant role in early Bellevue and the 1840 Bellevue War — acquired it by tax deed. At Harrington’s untimely death from cholera in 1851, Lot 107 passed to his parents and then in April 1857 to his brother, Charles.

The deed reads for “all the estate property and possession[s] . . . with the appurtenances….” From the language, and likely the reason Lucke made the purchase, the house already stood.

Born in Prussia (later Germany) in 1830, Joseph Lucke, now 28, had immigrated as a young boy apparently with his mother and new step-family. Entering through New Orleans, he came to St. Louis, the region populated with German settlements. There and in Illinois towns along the Mississippi River, he became a master shoemaker, as his deceased father in Germany was said to have been. Finally, Joseph reached the boomtown of Galena, also having a German enclave, where he became a naturalized U.S. citizen in 1852.

In October 1856, he had married a fellow German immigrant, Mary Eva Sturmer. They moved to Bellevue the same year, and June 1, 1858, their first child, Anna, was born. Four months later, the house at Second and Park became home to Joseph’s new family as well as his shoe business. Lot 107 would be a place of profound happiness and tragedy for the growing family.

The original Lucke shop for shoe and boot making and mending — an iconic Bellevue business spanning 153 years — began as a small building on the east half of Lot 107 (where a house stands since 1967).

Circa 1865, the Lucke shoe business was relocated to the south half of a newly constructed limestone building now known as 130 N Riverview (recently the Bronco Inn). In 1926, the Lucke store was moved to 114 N Riverview and expanded again.  There it closed in 2009, after continuous operation for 153 years, an iconic Bellevue store and one of the longest-running family businesses in Iowa.

For one year prior to the Civil War, Ulysses S Grant was known to enjoy visiting the store while selling leather from his brother’s Galena tannery. By family story, Lucke made Grant a pair of boots during that period.

Tom Brady vs. Drew Brees: Clash of the quadragenarian QBs

In 13 years of Lucke occupancy, eight Lucke children brought life to the house on Second and Park. However, tragedy entered soon after Joseph and Eva arrived. Born in 1860, their second child, Susanna, died in 1861. Then in February 1872, Eva’s shaw caught fire as she rocked her recently born daughter, Mamie, by the hearth. Eva died; the baby survived.

Suddenly widowed with seven young children, including a small baby, Joseph allowed Mamie to be raised by Eva’s family in Illinois. He hired Elizabeth Capesius Manders to keep house for his remaining family.

Daughter of Luxembourg immigrants and widowed at 23 with a paraplegic young daughter, Elizabeth had lost both her husband and baby son in 1870. Faced with Catholic standards and practical necessity, she and Joseph married in four months. Love grew as they soon began adding to the blended family.

Then tragedy struck again, likely weeks before they could move from Second and Park to a larger home. In April 1875, Mary Eva and Joseph’s daughter Helena died after, by family story, the three-year-old pulled boiling laundry water on herself from the stove.

In February 1875, Joseph had purchased Lots 472 & 473 at what was then the west end of Market Street at Sixth Street (much of what is now the west 100 and 200 blocks of North Sixth). He had a west wing added to the large circa 1860 Italianate brick house to accommodate the growing Lucke household. In all, 14 of his 17 children survived to adulthood.

Over the decades, the Second and Park house transitioned from family dwelling to rental and is now gone. The Market and Sixth home and the Lucke shoe store have been dramatically altered in recent decades, but their history remains discernible.

With each old building removed, more Bellevue history fades. In a time when the historic landscape of many Iowa towns no longer exists, Bellevue has long remained a jewel, with buildings and stories forming a comprehensive narrative of its 185 years of importance to Iowa and national history.