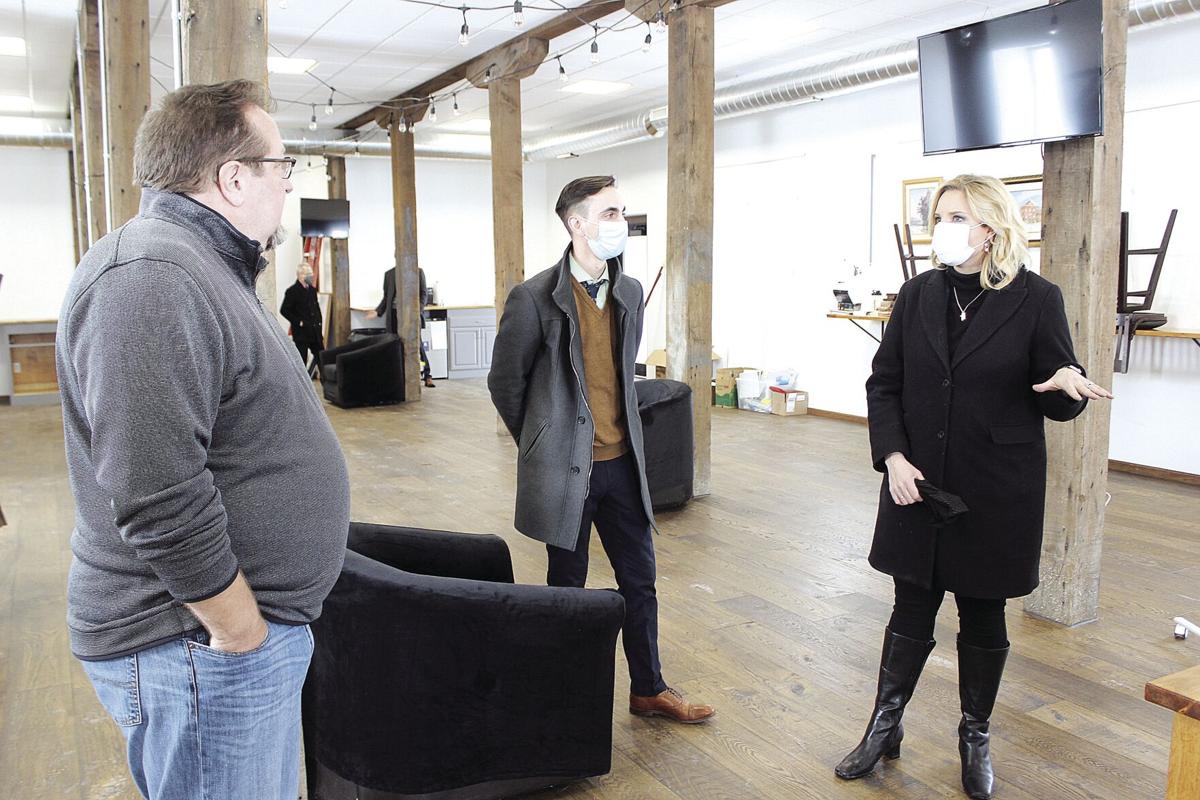 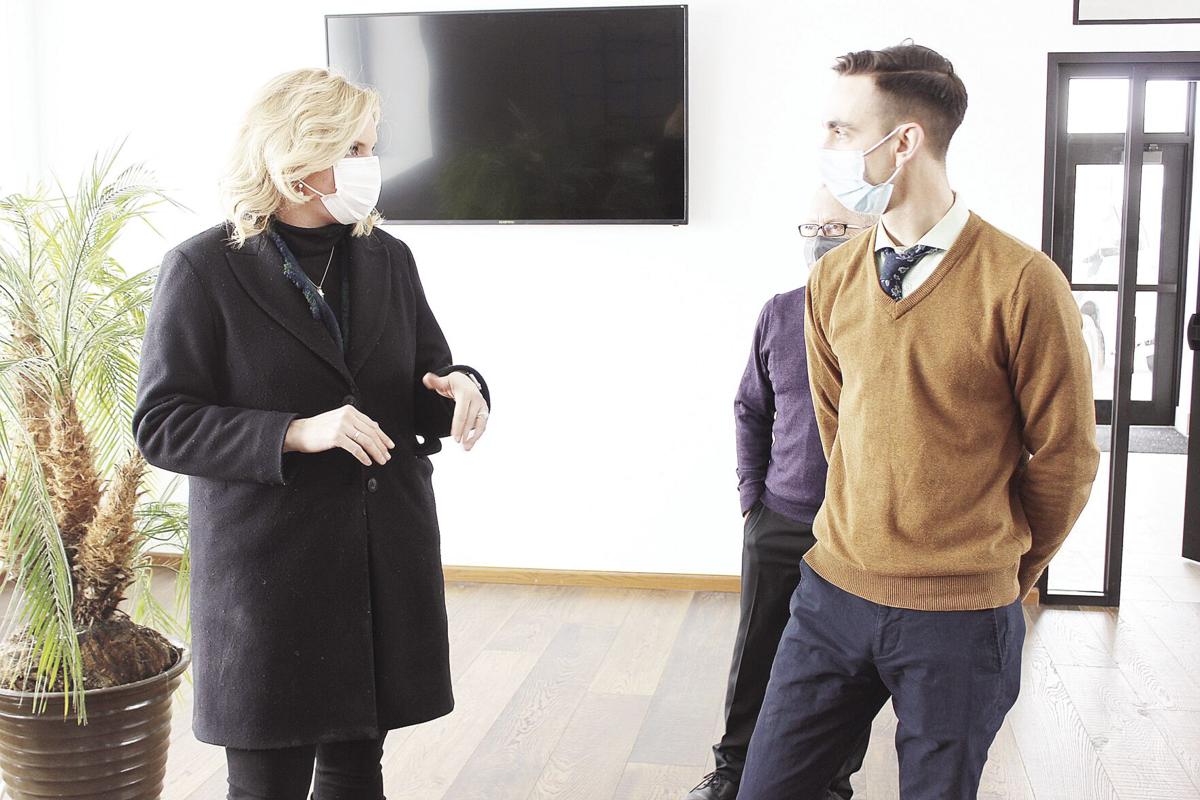 Roughly a month after she began serving in the United States Congress, Rep. Ashley Hinson (R-Iowa) stopped in Bellevue to tour and learn about the many new offerings at the former button factory building located on the Mississippi River.

She made the brief visit between two other stops in Jones and Dubuque counties, as she began the long process of meeting face-to-face with her constituents in Iowa.

Hinson arrived in Bellevue last Wednesday morning and stayed for about an hour with the building’s co-owner Allen Ernst, who was joined by Dave Heiar, Nic Hockenberry and Stephanie Sagers of the Jackson County Economic Alliance (JCEA).

The 1860s-era building, owned by the brothers Allen and Mark Ernst, has been completely renovated over the past two years and now houses one new business and several organizations, with more businesses set to move in over the coming months.

They have named the business complex ‘Water Street Landing.’

“It was really a labor of love,” said Allen Ernst, who coordinated and managed the $1.5 million renovation project. “And it’s what the community wanted and needed. It should be good for downtown and an added plus for other businesses.”

Housed in the old three-story limestone structure are Knights of Columbus Insurance Company, a community conference room, public restrooms, the Bellevue Big program and Bellevue Arts Council. Coming in the future is a coffee shop run by Moore Family Farms that will sell coffee and locally-sourced meats and cheeses.

“This should have a huge impact on the downtown, and its another way to show off Bellevue in a positive way,” said Dave Heiar of the JCEA.

Virginia's political shift from red to purple to blue

With Lee monument case tied up in court, people who transformed 'MDP Circle' are asking: What's the fence really for?

Across the lower parking lot to the north (in the lower level of the Bob Ernst Insurance Building) will be the new location of  Bellevue’s River Ridge Brewing. In the future, a large boat slip will also be added between the two twin buildings to take advantage of the recreation traffic on the river.

“This is quite impressive,” said Hinson as she gazed out the large south window on the Mississippi River. “I could can see why people would want to work out of this space. What an amazing view.”

As well as touring Water Street Landing, Hinson discussed a variety of other local issues with Heiar, Hockenberry and Ernst, including recreation, housing and the lack of employees in the local workforce.

Heiar and Hockenberry outlined the many biking and walking trails in Bellevue, as well as the Felderman Park bridge and the connection to Bellevue State Park, as positive developments in recent years, while praising the Parks to People program that greatly aided in the efforts.

“We think we have the amenities and recreational opportunities here to attract young families, but we still need to develop housing for those families to move here,” said Heiar. “We need more families, as one of the biggest obstacles has been the lack of a workforce. We need more workers and we need more entry-level housing.”

Overall, Hinson said she was impress with the progress she saw on the riverfront in Bellevue. “This is a beautiful space and what a great asset to have for your downtown,” she said.

As well as touring the first floor, Hinson and JCEA officials also briefly toured the Bellevue BIG and Bellevue Arts Council space on the second floor of the Water Street Landing complex, before departing for another stop with officials in Dubuque.

“We appreciated the opportunity to meet with Congresswoman Hinson and her staff to discuss our office’s efforts to address the challenges and opportunities in Jackson County,” said Hockenberry of the visit. “We think Jackson County has made some great progress over the past few years, and the redevelopment of the Button Factory building is a great example of that progress. As we work toward more progress, we hope to work with the congresswoman to better leverage federal resources.”

There are two words used to