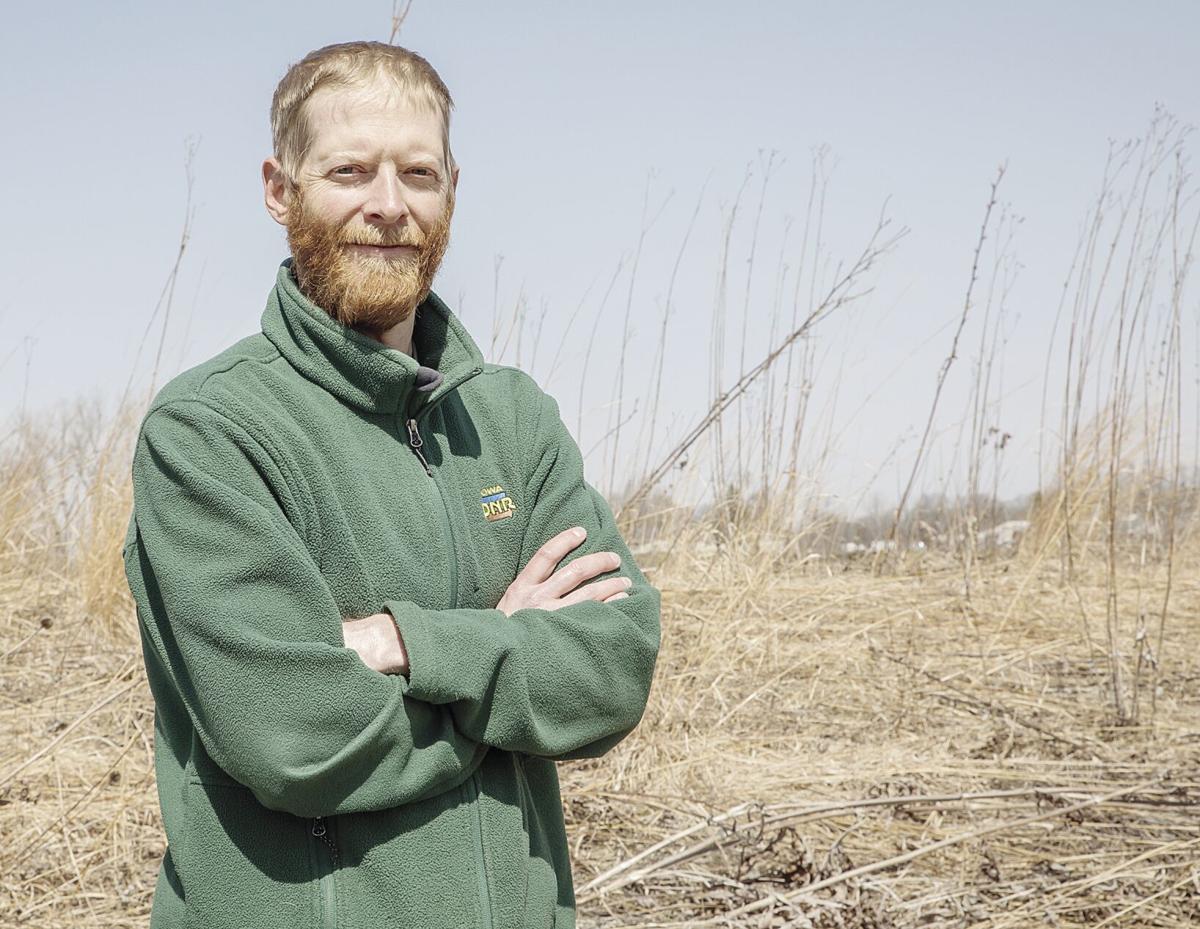 IDNR wildlife biologist Curt Kemmerer says hunting is an important tradition in Iowa. That’s why everyone doing their part to help identify and slow the spread of chronic waste disease in deer will make a difference.

IDNR wildlife biologist Curt Kemmerer says hunting is an important tradition in Iowa. That’s why everyone doing their part to help identify and slow the spread of chronic waste disease in deer will make a difference.

for the Bellevue Herald-Leader

When Wisconsin first identified chronic waste disease in its deer population almost 20 years ago, officials from the Iowa Department of Natural Resources held their breath, monitoring animals harvested near the states’ shared border for any signs of the neurological disease that is always fatal.

More than 10 years later, in 2013, CWD was documented in Allamakee County in the far northeast corner of Iowa.

“Every one of us sat there and hoped that maybe this is the one deer that has it,” said Curt Kemmerer, wildlife biologist with the DNR’s Maquoketa Wildlife Unit, one of 16 units into which the state is divided. His territory includes Clinton, Delaware, Dubuque, Jackson, Jones and Scott counties.

The scientists hoped against the odds that a single deer swam across the river during open season and was shot, snuffing out the spark “from the main fire (the Wisconsin CWD cases) across the river,” he said.

Since then, some 111 deer with CWD have been identified in Iowa, including the first one in Jackson County last year, Kemmerer said. Many cases are in the northeast part of the state, but also in and around Wayne County in south-central Iowa, and in Woodbury County on the far west side.

During the December 2020 shotgun season, a tissue sample from a male deer harvested west of Bellevue turned up positive for the disease that affects members of the deer family, including white-tail deer, mule deer, elk, moose, caribou and reindeer.

“That’s the very first one we’re aware of in Jackson County, and that kinda tripped a new sensor, if you will, so we are going to be paying a lot more attention to that area. I think we all anticipated that CWD would slowly spread and slowly make its way down. That’s what we’ve seen. That’s what every state has seen. Once you get it on the landscape, unless you are extremely, extremely lucky and caught the first deer or two that had it, the likelihood is that where there is one, there’s a few more,” Kemmerer said.

CWD has not been found in any deer in Clinton County.

While the disease is 100% fatal to deer, in all the years scientists have studied CWD, there is no evidence that it affects humans or other animals.

What is known is that the disease spreads easily among deer, which are social animals that communicate by touching or licking each other’s noses. CWD spreads naturally through saliva, urine and feces in family groups, Kemmerer said. Adult bucks during mating season are more prone to get it.

Visible symptoms in infected deer may not show up for two years, so the animals appear healthy while the disease is incubating.

“As a hunter, you would more than likely be totally unaware of it,” Kemmerer said, because the deer would have to be in the late stages of the disease to be showing the clinical signs: emaciated appearance, sluggish head movements, drooping ears and excessive salivating.

“Nearly every single deer that we’ve had test positive in Iowa has looked like a totally normal healthy deer,” he said.

Cooking meat from an infected deer does not kill the disease, so many people across the country have eaten meat from a deer with CWD without knowing it. Sometimes people are aware because they’ve had the deer tissue tested. They choose to eat the meat anyway because they are comfortable knowing CWD has not been found to be transmissible to humans. Others choose to harvest a different deer, Kemmerer said.

CWD isn’t a virus, bacteria or microscopic parasite, but, rather, a mutated protein called a prion that can stay in soil for years and be absorbed into plant tissues.

“This prion – because it’s really not alive like a bacteria or a virus – it’s notoriously tough to destroy. It can stay alive on the landscape for years at a time,” Kemmerer said.

And that makes it particularly vexing.

“You can’t necessarily stop deer from being deer (and transmitting CWD),” Kemmerer said, but people can take some measures to help limit the spread.

A big part is testing, which is done by DNR officials, who test thousands of deer in the state each year. The DNR also partnered with the veterinary diagnostic lab at Iowa State University so hunters can submit their own tissue samples for testing and get the results back quickly.

“We hope that more and more hunters will take to this as one of the new methods and do this themselves and submit (samples),” Kemmerer said. The more samples tested, the better job the DNR can do to help hunters make informed decisions.

“There’s no guideline or no one saying stop hunting. It’s really quite the opposite. We still need that tradition to continue. We still need to control our wildlife populations through the use of hunting, but testing is a big part of that,” he said.

“We’re kinda moving beyond the time where it’s ok to pitch the remains out on the back 40 … I know that’s been the norm in Iowa and probably across most of the country for decades and decades, but we need to be a little more responsible than that,” Kemmerer said.

Carcasses should be taken to an approved landfill or broken down, double bagged and disposed of like household waste.

The goal is to keep the remains contained and from being exposed to other deer or animals.

“Hunting is a necessity to manage our deer population in Iowa,” Kemmerer said. “Iowa hasn’t become world-renown for our deer herd just by accident. There was a lot of science and thought and management and planning and carrying out (of) the management.”

Educating the public is a good line of defense, and everyone doing their own small part makes a huge difference, Kemmerer said, adding that hunting is an important way of life for many Iowans.

“All of us that work in the DNR deeply, deeply care about these resources. We’re all hunters. We’re all anglers. We live this life just like the hunters and fishermen do,” he said. “If you want to continue to have Iowa be one of the best-known states in the country for whitetail herd, quality and opportunities, we need to act together.”

Provide a sample. The DNR collects tissue samples from harvested deer in every county and by thorough testing, the disease can be tracked. All you need to do is call, and a DNR biologist will come to you to collect a sample. In Clinton and Jackson counties, call Curt Kemmerer at (563) 357-2035. You also can take your own sample and send it to Iowa State University, visit naturalresources.extension.iastate.edu/wildlife/cwd. The site includes a video on how to extract the sample and other instructions.

Stop the spread. Do not use feed or salt mineral licks to attract deer. These baited sites increase the concentration of deer, which spreads the disease.

Properly transport and dispose. Do not leave a carcass or bones to decay. Disposal with residential waste is permissible. Contact your local waste hauler for requirements. Make absolutely sure not to transport and dump carcasses outside of the area where the deer were shot, as this will spread the disease to new areas.