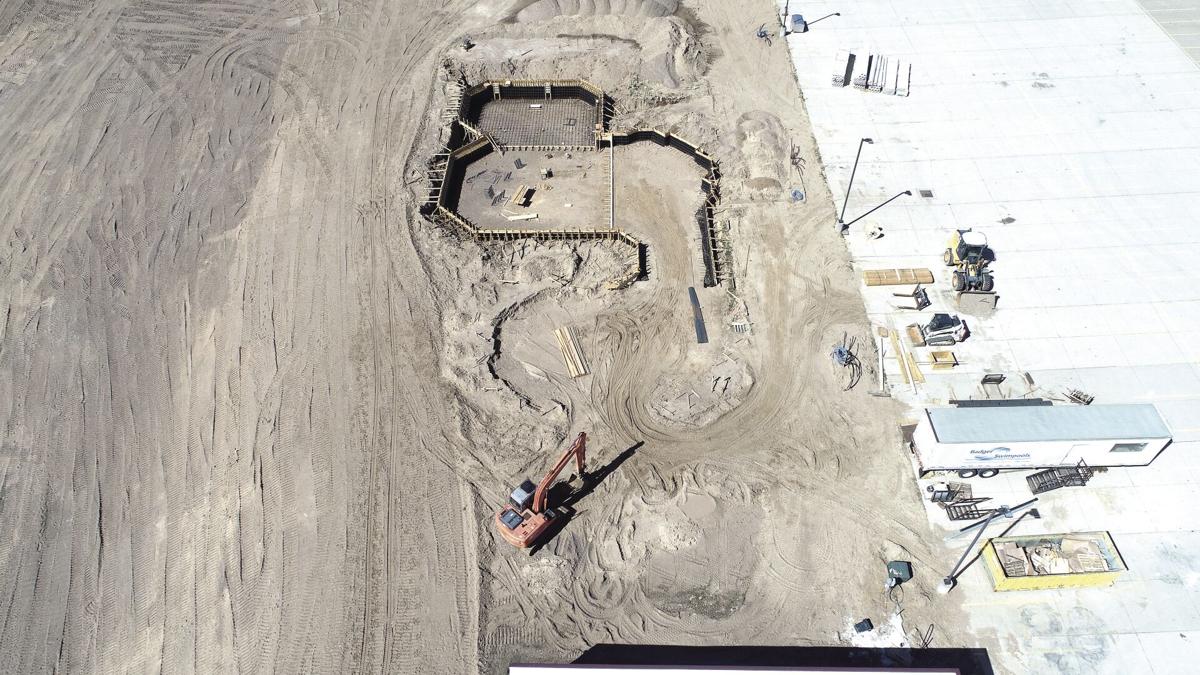 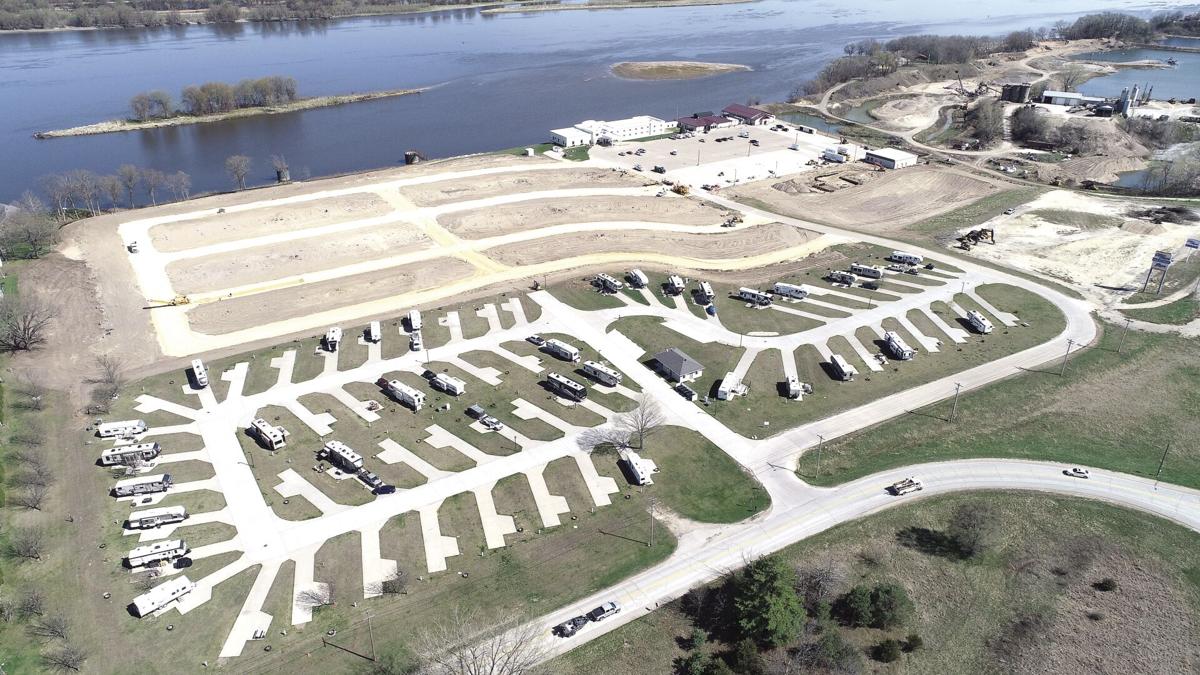 In a rare 3-2 split decision Monday night, members of the Bellevue City Council approved a tax increment financing and pool incentive agreement with Offshore Enterprises, L.L.C., the group that purchased the Baymont Hotel and Offshore complex from A.J. Speigel late last year.
Offshore Enterprises is currently constructing an aquatics center consisting of a 6,000 square-foot pool, large furnished sun deck, shower house, snack bar, swim pond with aqua park, large jump pad and playground at the Offshore complex in north Bellevue.
During the past five months, leaders of the group have established a public-private partnership with the City of Bellevue with the hope the project will benefit both entities.
The agreement approved Monday night states that beginning June 20, 2022, the City of Bellevue will pay Offshore $30,000 each year to pay for discounts for residents receiving a discounted rate for use of the amenities at the aquatic center.
According to Steve Launspach of Off-Shore, this would allow his company to charge all Bellevue youth $4 each for a day pass to the pool and aquatics center, while Bellevue adults would pay $6 for a day. Those from outside the city of Bellevue would be charged a higher rate.
As well as a rebate for Bellevue residents to use the new aquatic center, the City is providing TIF rebate payments to Offshore with a cap of $1 million.
Under the new agreement, representatives from the City and Offshore will also have an annual meeting every November to discuss the development and renew the agreement. If things are not up-to-par, the city reserves the right not to renew it.
Those voting in favor of the measure included Council members Tim Roth, Tom Roth and Tammy Michels. The two dissenting votes came from Lynn Medinger and Jayson Heiar.
The development agreement approved Monday night did not come without public opposition, as the topic of logistics, safety and the fate of the current 1965 pool at Cole Park (which is undetermined at this time) were sticking points with many of the two dozen citizens who attended the meeting to voice concerns.
John Kieffer of Bellevue, who lives near Cole Park and has volunteered to help maintain the swimming pool there over the decades, said that the city should keep the current pool and not close it. While he was happy about the overall development, he seemed opposed the pool agreement with the Off Shore group.
Likewise, Kent Clasen of Bellevue spoke out in favor of keeping the pool at Cole Park and would like to see it continue because of its location and safety.

How 2020 graduates got creative with at-home ceremonies

“A lot of our fathers helped get the pool started, and we shouldn’t just close it,” said Clasen. “We need to discuss it more.”
City Administrator Abbey Skrivseth said that the pool at Cole Park will remain open this year, but the fact is that the facility loses about $50,000 to $60,000 per year. She said it was a service to the community, not a money-making operation.
As well as uncertainty with the fate of the old pool, others at the public hearing were concerned about the safety of youngsters who may ride their bikes out to the new aquatics center and pool at Off Shore. High speed traffic in the area, as well as the campground activity and a different environment seemed to greatly trouble the dozen or so people who spoke.
Still others were concerned about lifeguards at the new aquatics center, with some alleging there would be no lifeguard. However, it is Iowa code that lifeguards will be on duty, otherwise the pool could not open under law, according to Heather Merrick, the current manager and lifeguard at the Bellevue Municipal Pool, who is working with the Off Shore group to get everything in place, including swim lessons.
With the age of the current pool, several people also suggested that the City build a new pool at Cole Park. Dave Heiar of the Jackson Economic Development Alliance and former Bellevue City Administrator, reminded them that that would cost at least $4 million or more, and that a referendum would have to be held to pay for it, which would raise property taxes for Bellevue citizens considerably.
He added that a new Bellevue pool has been on the ballot two times in the past two decades and was voted down both times.
“People say that now, it would be approved, and the fact is that Bellevue has voted it down. They’ve also voted against the new jail multiple times, so I’m not sure how much voters here are willing to do on capital projects.”
Steve Launspach said that his group and the new Off Shore Resort are willing to do what needs to be done to make the new venture a success.
“This is going to be a great development and the people here are going to be very impressed,” said Launspach. “Just tell me, how do we make Bellevue happy, and we’ll do the best we can to make it happen. This is not only millions of dollars we are spending, this is a leap of faith, so give us a chance.”
The new aquatics center may be completed by this July, according to officials. If so, both the Bellevue Municipal Pool at Cole Park, as well as the new Aquatics Center and pool at Off Shore, would be open at the same time.
“I guess we’ll see how it goes and then re-visit it at our meeting with Off-Shore this November,” said Bellevue Mayor Roger Michels.

Partly cloudy skies in the morning will give way to cloudy skies during the afternoon. High near 60F. Winds NE at 5 to 10 mph.