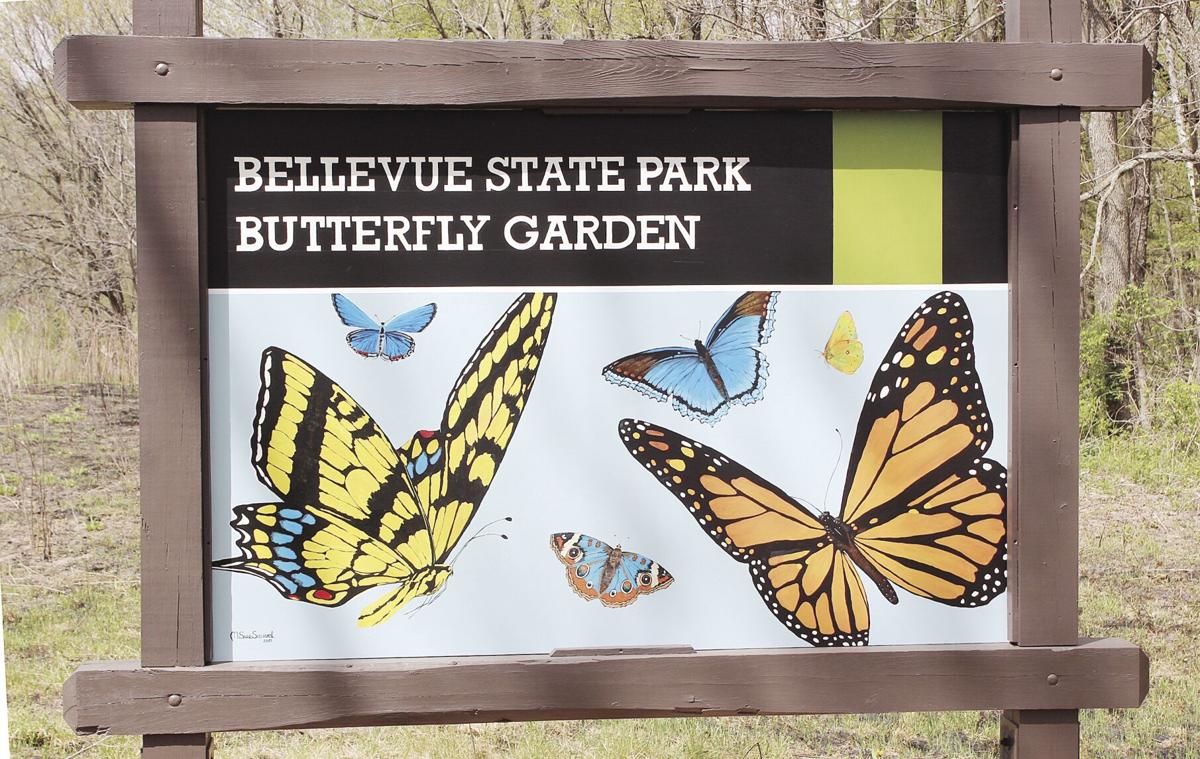 New signs for the Butterfly Garden, designed and painted by the Bellevue Arts Council, were installed last week at Bellevue State Park. 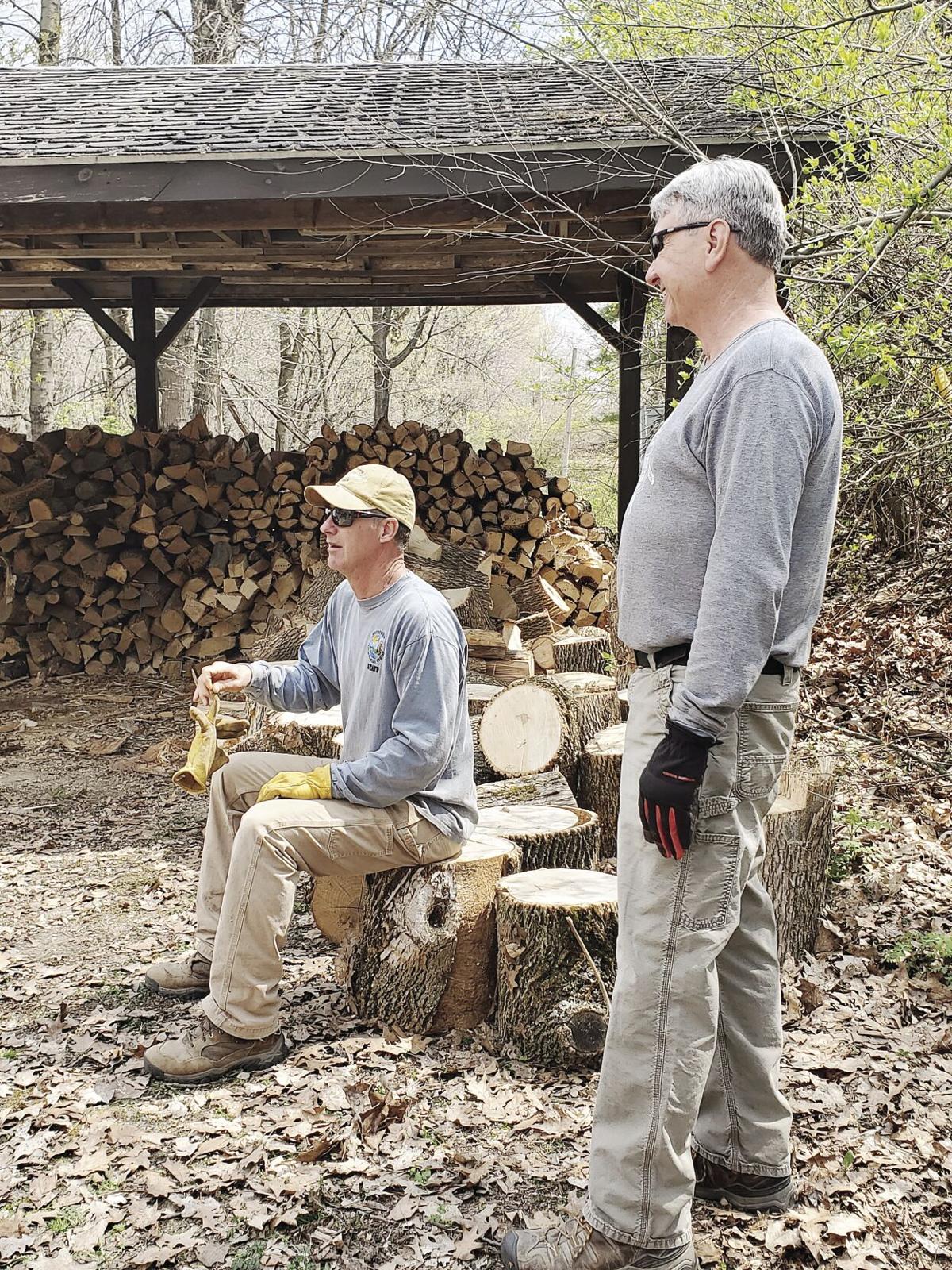 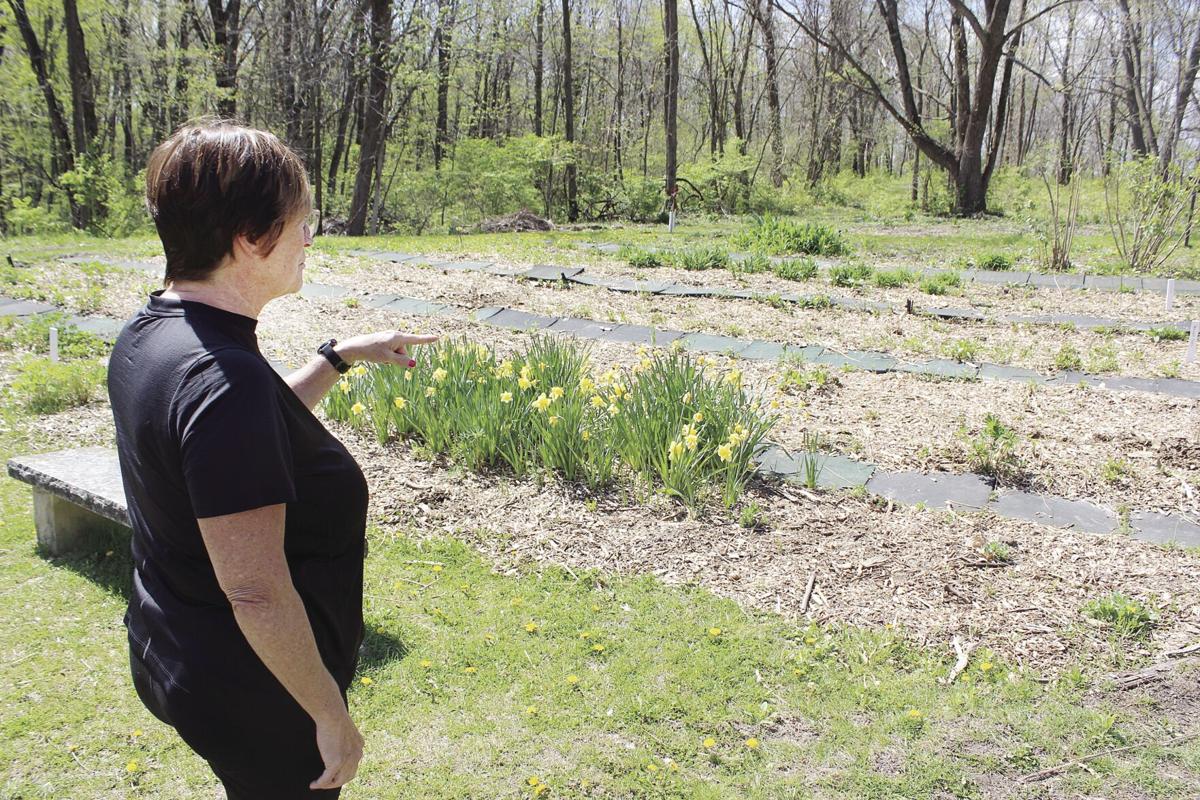 The Friends of Bellevue State Park shows how the Friends group recently eliminated all the weeds and current growth to make room for a wide array of new flower gardens. A new pool will also be installed at the center of the garden, using blue clay to hold water.

New signs for the Butterfly Garden, designed and painted by the Bellevue Arts Council, were installed last week at Bellevue State Park.

The Friends of Bellevue State Park shows how the Friends group recently eliminated all the weeds and current growth to make room for a wide array of new flower gardens. A new pool will also be installed at the center of the garden, using blue clay to hold water.

While the pandemic did a lot of damage to local businesses and the economy last year, there are other areas in the Bellevue area that saw a fair amount of renewal, rejuvenation and re-discovery.

One of those areas was Bellevue State Park, where not only visitor traffic increased, so did the efforts to improve it.

As a result of being safer outdoors, the park became a destination for many. The increased attention to the park also revealed that there was a lot of work to be done, and a lot of potential as well.

This was the catalyst for a new group called ‘Friends of Bellevue State Park, Inc.,’ a soon-to-be 501c3 volunteer organization that is bringing new life to many areas of the park, including the Butterfly Garden.

Created last fall by Lori Lensch of Bellevue, the new group is completely refurbishing the Butterfly Garden and other areas. New signs, new markers, new flowers, new designs, new plants and new coats of paint on posts and picnic tables are all part of the plan.

“It all started when I started going for walks by the Butterfly Garden and wondered ‘who is taking care of this place?’ said Lensch. “The weeds were taking over and the entire area needed some care.”

“It was all kind of organic and spontaneous,” said Lensch. “I think people were looking for something positive and safe to do, so it worked out well. We had 25 people show up for our fall cleaning alone. Denny Weiss cooked fish for us, and we all had a great time.”

Not only did volunteers show up, do did fresh ideas and grant funds and ways to benefit the new organization.

Just a few weeks ago Daryl Parker and the Friends of Bellevue State Park hosted a wood-splitting event, where the ash trees that were taken down in the park were made into wood for campers. It will be sold at the Dyas Unit to campers with proceeds benefitting the Friends group.

In addition, Steve Ace Hardware of Dubuque donated 120 plants for the garden and a $1,660 grant from the Community Foundation of Jackson County will help pay for a new and bigger pond in the center of the Butterfly Garden. TW Excavating will be working on that project next month. Plans are to place blue clay at the bottom so weeds don’t grow inside the water.

Parker also acquired a grant from the Iowa Tourism Association for new story boards that tell the tale of the Butterfly Garden, which is one of the most unique in all of Iowa.

Top WH covid aide: Light at the end of tunnel is brighter and brighter

“It’s just all working out so well, and it is great to see all the progress,” said Lensch. “We encourage people to get involved and come and to see the garden when is complete in the coming months. It should be impressive.”

ABOUT THE BUTTERFLY GARDEN

While butterfly gardening has become quite popular across the country over the past decade or so, not many realize that the Butterfly Garden at Bellevue State Park was one of the first of its kind in the nation.

The goal of the garden, which is celebrating 36 years in 2021, was to create an environment that attracts and supports butterflies, which typically feed on the nectar of flowers. And it certainly worked.

Established by local volunteer Judy Pooler in 1985, the Bellevue Butterfly Garden was supposed to have a life-span of about 10 years. Over three decades later, it’s still a popular attraction for wildlife enthusiasts and photographer alike. At one time, it was heralded as “Iowa’s Largest Butterfly Garden.”

Located near the State Park Nature Center at the top of the bluff, the Butterfly Garden in Bellevue State Park was created and maintained by volunteers. Originally, the garden was laid out in 148 individual plots which volunteers were assigned to weed, plant seeds and maintain.

While there has been as many as 110 volunteers decades ago, the number dropped dramatically in recent years.

Approximately 60 butterfly species of various sizes and colors appear each year the Butterfly Garden at Bellevue State Park. Butterflies found in Iowa are either in the process of migration or are completing one of the various stages of their lifecycle.

The garden was specifically designed to attract several species by providing nector plants for the adult butterflies and host plants for the caterpillars.

As well as attracting butterflies for people to watch, the garden is also a great tool for teaching children about nature and a way to research and gather information about Iowa’s butterflies.

The Bellevue Butterfly Garden is nestled in an area already rich in natural foodstuffs such as wild aster, ragweed, goldenrod, lambsquarters, daisy fleabane and milk weed, which Monarch butterflies seem to prefer.

Cottonwoods, wild cherry, hackberry and willows, which serve as host plants for butterflies, surround the garden. Adjacent to the garden is a three-acre prairie with several species of native shrubs, hardwoods and conifers, which add to the area and provide food and shelter for other wildlife.

Miles of trails also traverse the area near the Butterfly Garden to allow viewing of the various wildlife that abounds the park.  A shelter, viewing bench and picnic tables also overlook the garden.