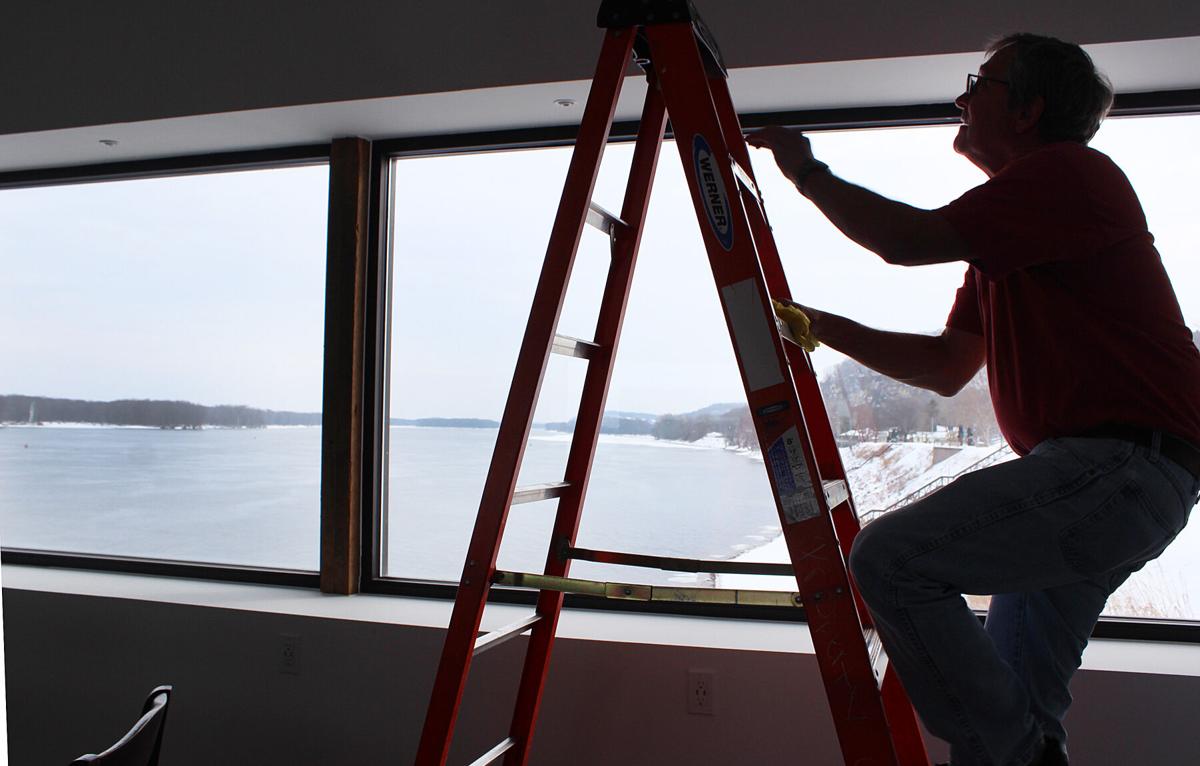 Loras Deppe climbs a ladder to clean the air ducts in the newly renovated 1865 building on the riverfront. 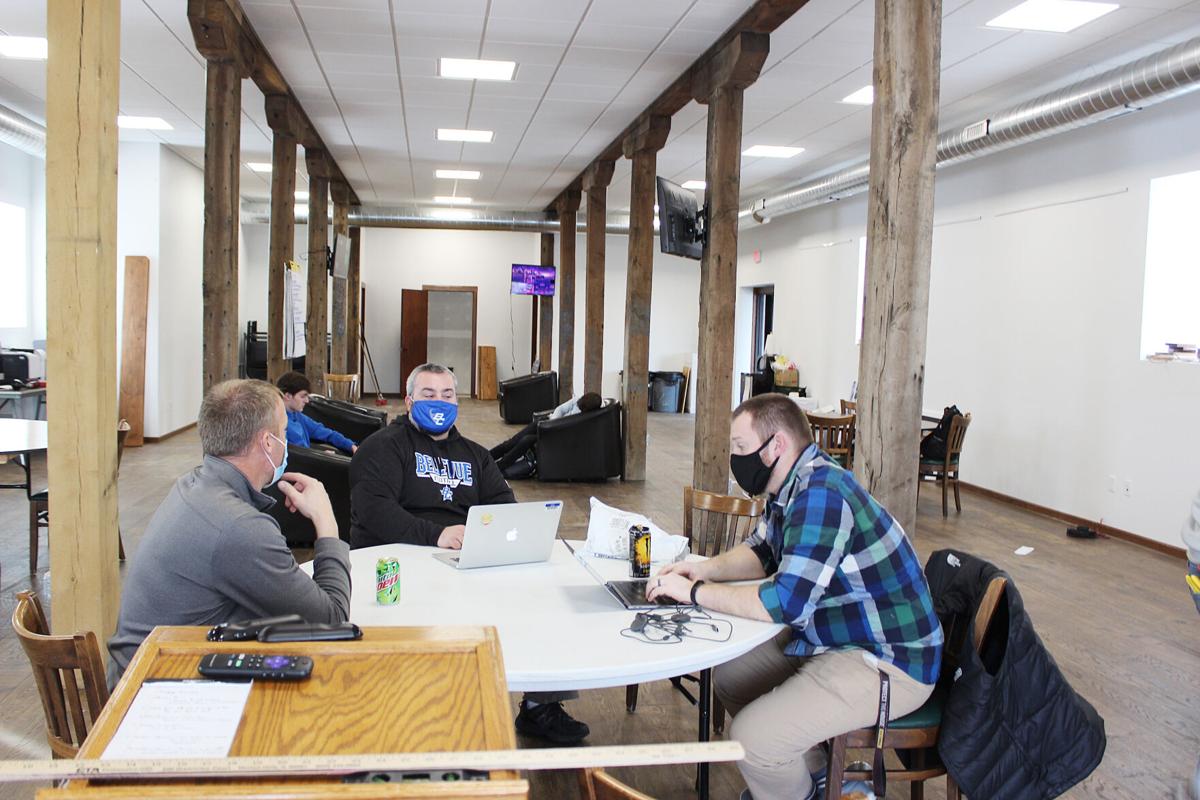 Bellevue High School’s “BIG” program is located on the middle floor of the 1865 button factory building. The space for the  learning program has plenty of space for projects.

Loras Deppe climbs a ladder to clean the air ducts in the newly renovated 1865 building on the riverfront.

Bellevue High School’s “BIG” program is located on the middle floor of the 1865 button factory building. The space for the  learning program has plenty of space for projects.

After two and a half years of renovation, a massive old building many once considered a blight along Bellevue’s riverfront has become a significant asset to the community.

The old laundromat building on south Riverview, which served as a button factory over 100 years ago, has been completely refurbished and remodeled, and is now nearing completion with businesses set to move into the new space, which features breathtaking views of the mighty Mississippi River.

The building had sat empty for two decades. Now the all new digs are in place, with offices and business spaces on the top floor, new public restrooms located inside the front door, and a meeting place for the Bellevue Big program located on the middle floor of the three-story building.

Over the last couple of years, the building had been refurbished on the exterior, a new roof was added and new floors installed in all three levels of the building. The interior walls in the top floor were framed up and new windows have been installed throughout.

“People are moving in and it is exciting,” said project manager Allen Ernst, who along with brother Mark Ernst, own the building and have invested over a million dollars on the project. “It took a lot of time and expense to get the old building back in shape, but in the end, it will benefit the entire community.

Ersnt said there will be a Rotary Club Room that houses a Rotary banner, as well as a coffee shop that will open in February or March. The Knights of Columbus Insurance office will occupy part of the top floor, which also has two small officers and a large conference room.

There will be a 96-foot parallel dock for boats to pull up in the summer time, which will enhance the new location of River Ridge Brewing when it opens in lower level of the Bob Ernst Insurance Building next door.

Water Street Partners, operated by Mark and Allen Ernst, are spending well over $1 million to turn the unique structure, built in 1865,.

Water Street Partners also owns several other business buildings on Riverview Street, and since 2007, has invested several million dollars in Bellevue’s downtown, without any  government assistance.

Texas GOP rep.: Storm could cost as much as Hurricane Harvey

“We want what is good for Bellevue, and this project should bring together some needed and talked about services for the community,” concluded Ernst.

The background of the old limestone button factory building, which is a twin to the Bob Ernst building just a block north, is rich and fascinating.

Buttons were made there from mussel shells harvested on the Mississippi, and in the early 1900s, a string of factories like the one here provided a livelihood for many workers in both Bellevue and Sabula. Clam shells with the hole-punches can still be found along the beaches of Bellevue and alongside the old limestone factory and warehouse.

The artifacts that remain here are evidence of a once thriving business.

Evidence of that remained when the Ernst family started the project as piles and piles of  shells along the bank of the Mississippi, punched with circular holes, remained by the old building.

Those missing pieces of shell became buttons for shoes, coats and blouses around the world.

The shells are a reminder of a history tossed away as quickly as the punched shells, when a fluctuating market and labor unrest made for unstable employment, before the lock and dam system sacrificed the declining industry for a nine-foot navigational channel. It was an industry built on a finite natural resource, freshwater mussels that today are some of the river’s most vulnerable citizens.

Pearl button factories were big business up and down the river, in LaCrosse, McGregor and elsewhere. The unchallenged “pearl button capital of the world” was Muscatine, which in 1905 produced 1.5 billion buttons—almost 40 percent of the buttons produced in the entire world, according to the American Museum of Natural History.

Labor relations were as volatile as prices, however, and the two factors together created greater instability in the industry. The factory in Bellevue shut in February 1911 due to “labor trouble,” specifically a disagreement on how piecework was counted (and thus, paid for). On May 16 of that year, the paper reported that operations were resumed and that the men were satisfied with the count “under the new schedule.”