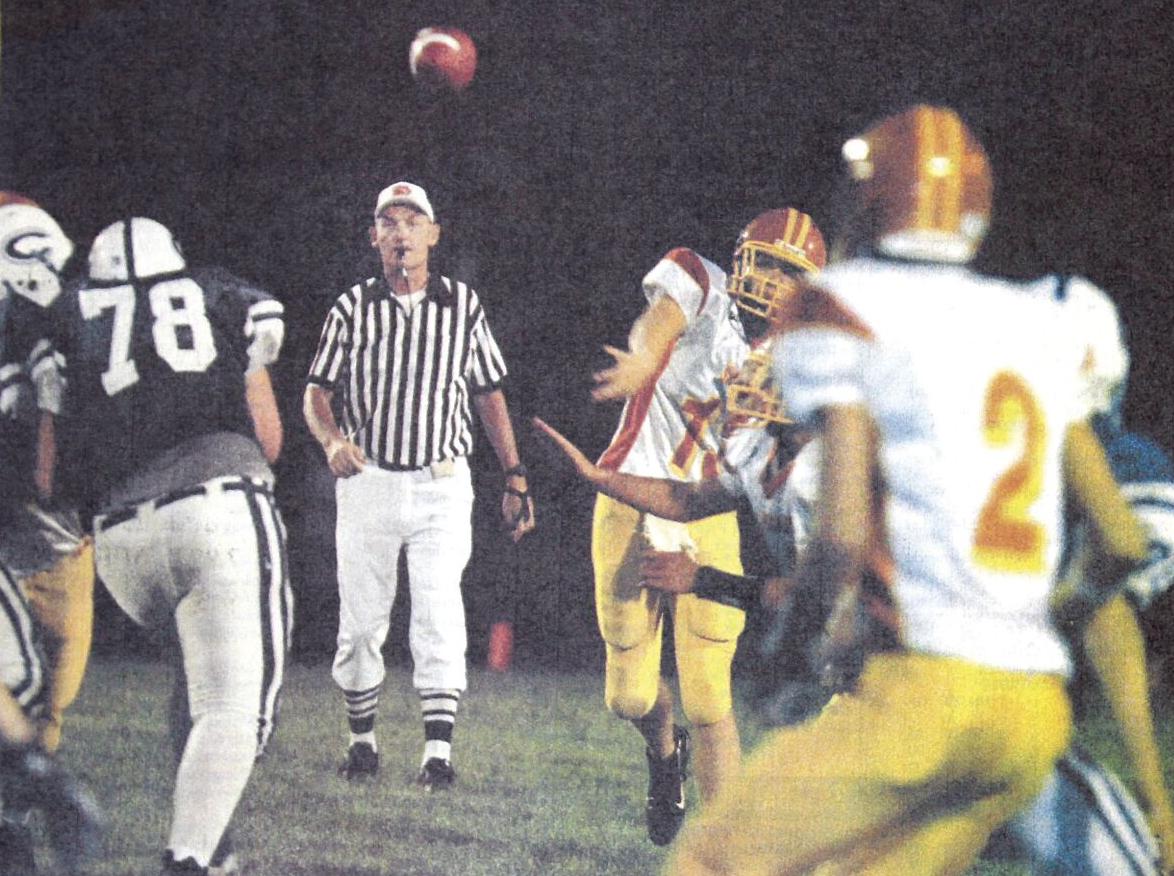 Jack Grutz of Bellevue is pictured in this early 2000s photo refereeing a high school football game in Clinton. 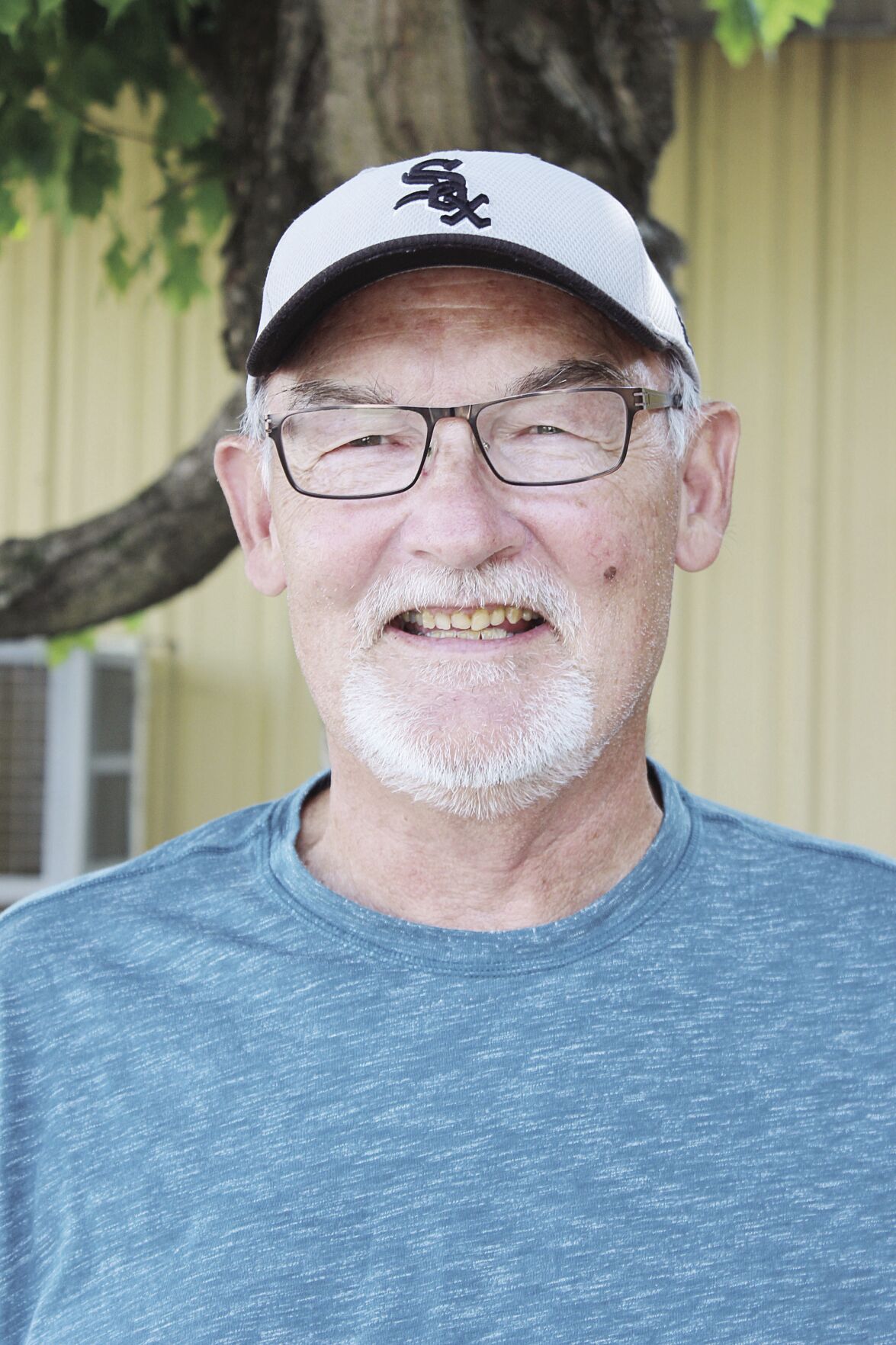 Jack Grutz of Bellevue is pictured in this early 2000s photo refereeing a high school football game in Clinton.

Jack Grutz has seen a lot of high school football games in his life. And as a referee for the past five decades, he has certainly seen them up close.

This year’s fall football season marks 50 years of refereeing for the retired Bellevue school teacher, and he’s nowhere close to retiring from it.

A referee or simply ‘ref’ is the person of authority in a variety of sports who is responsible for presiding over the game from a neutral point of view and making on-the-fly decisions that enforce the rules of the sport, including sportsmanship decisions, such as ejection.

Grutz always wears the white hat, which means he is in charge of the rest of the officiating team. He also makes all the final calls.

“I’m usually far enough away from the line of scrimmage during the plays,” said Grutz when asked if he’s ever been injured at a game over the past five decades.

“My umpire, Dennis (Bud) Schroeder is in the middle of the action and he’s the one who usually gets hurt,” Grutz added jokingly.

Grutz, who graduated from Wahlert Catholic High School in 1968 and from Loras College in 1972, started refereeing in 1970 while still in college. His first reffing gig was a junior high game in Dubuque.

“I was certified to referee in six different sports back then, but I let most of the certifications go, with the exception of football, basketball and volleyball,” said Grutz. “Now our team just mostly does high school and middle school football games.”

After teaching for a couple years in Minnesota, Grutz moved to Bellevue in 1975 to start teaching here. He retired from teaching in 2011. As well as being an instructor, he also coached baseball and softball teams for many years for Bellevue Community Schools.

As a referee, Grutz is always part of what he calls a ‘crew,’ consisting of 5 people.

Schedules for referees are usually completed a year or two in advance, so he knows where he is going each weekend. He does not referee Bellevue games, as would be a conflict of interest, so his crew travels all over eastern Iowa, from Waterloo to Clinton. Over the decades he has come to know a lot of people in his travels.

“I enjoy working with the guys I work with, as well as the coaches (for the most part), and I have built good relationships with Athletic Directors over the years,” said Grutz.

As far as the games, it is what one would expect, a lot of close thrillers and a lot of 30-point blow-outs,” said Grutz. “As an official, I am supposed to be neutral and objective, but there were some impressive teams out there over the years.”

And as for the sports fans getting angry over certain calls, Grutz says it’s all part of the game.

“It’s not so bad in football, because you’re usually far enough away from the crowd,” he said.

Grutz keeps in shape during the off-season by doing a lot of golfing and walking. “I really like to golf at the Bellevue Golf Club. It’s what you do when you retire,” said Grutz. “It keeps me in shape for the refereeing, which I plan to continue as long as I can.”

Grutz and his wife Sally (who is also a retired Bellevue school teacher), have two children.

Origin of the referee

The term "referee" originated in association football. Originally the team captains would consult with each other in order to resolve any dispute in the game. Eventually this role was delegated to an umpire.

Each team would bring their own partisan umpire allowing the team captains to concentrate on the game. Later, the referee, a third "neutral" official was added; this referee would be "referred to" if the umpires could not resolve a dispute.

The referee did not take his place in the game until 1891, when the umpires became linesmen (now assistant referees). Today, in many amateur football matches, each side will still supply their own partisan assistant referees (still commonly called club linesmen) to assist the neutral referee appointed by the governing football association if one or both assistant referees are not provided.