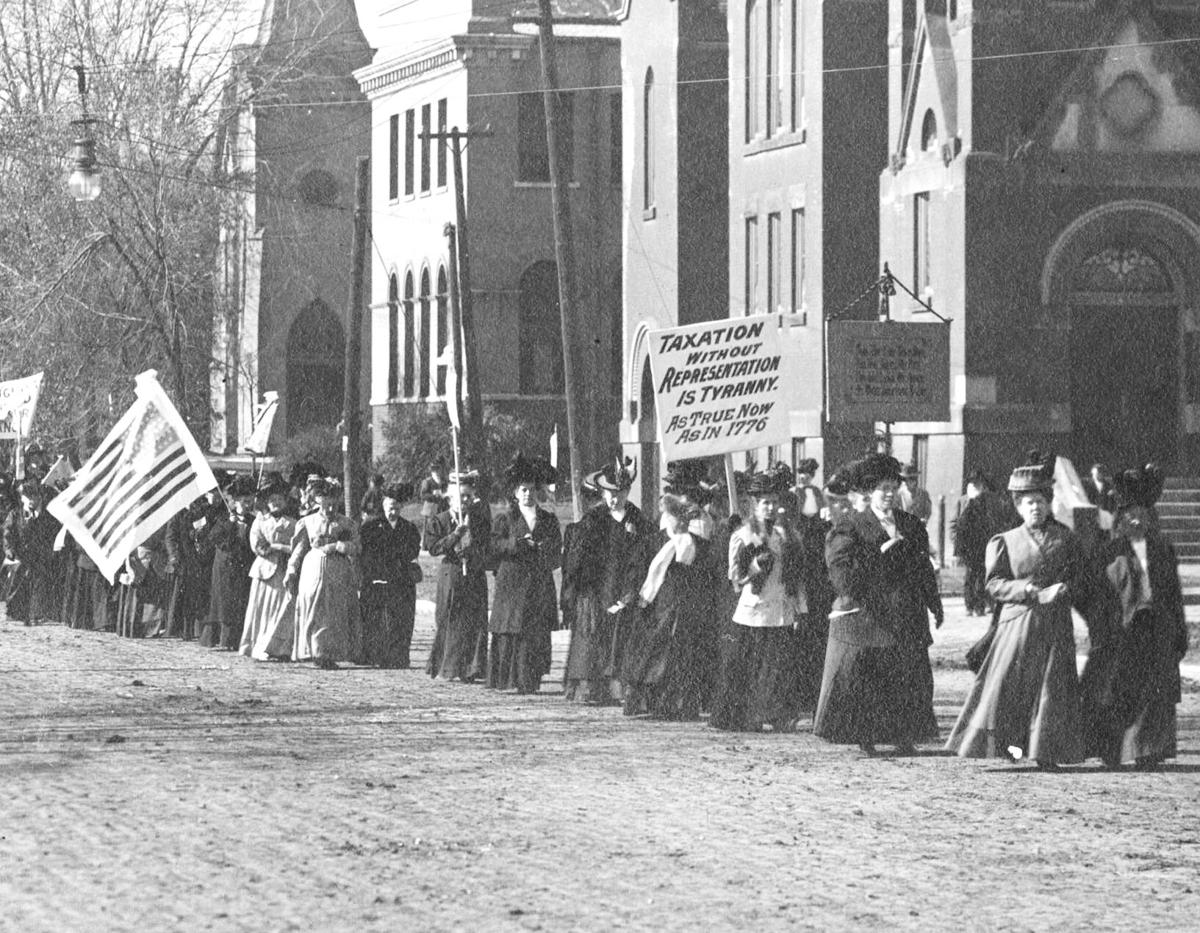 Parade held during convention of the Iowa Equal Suffrage Association that was held October 28th and 29th at Boone, Iowa. Marchers are passing the Methodist Episcopal church at 703 Arden Street. One banner reads: "Taxation without representation is tyranny--as true now as in 1776". [Detail from original photo] October 29, 1908. Photographer: Moxley. 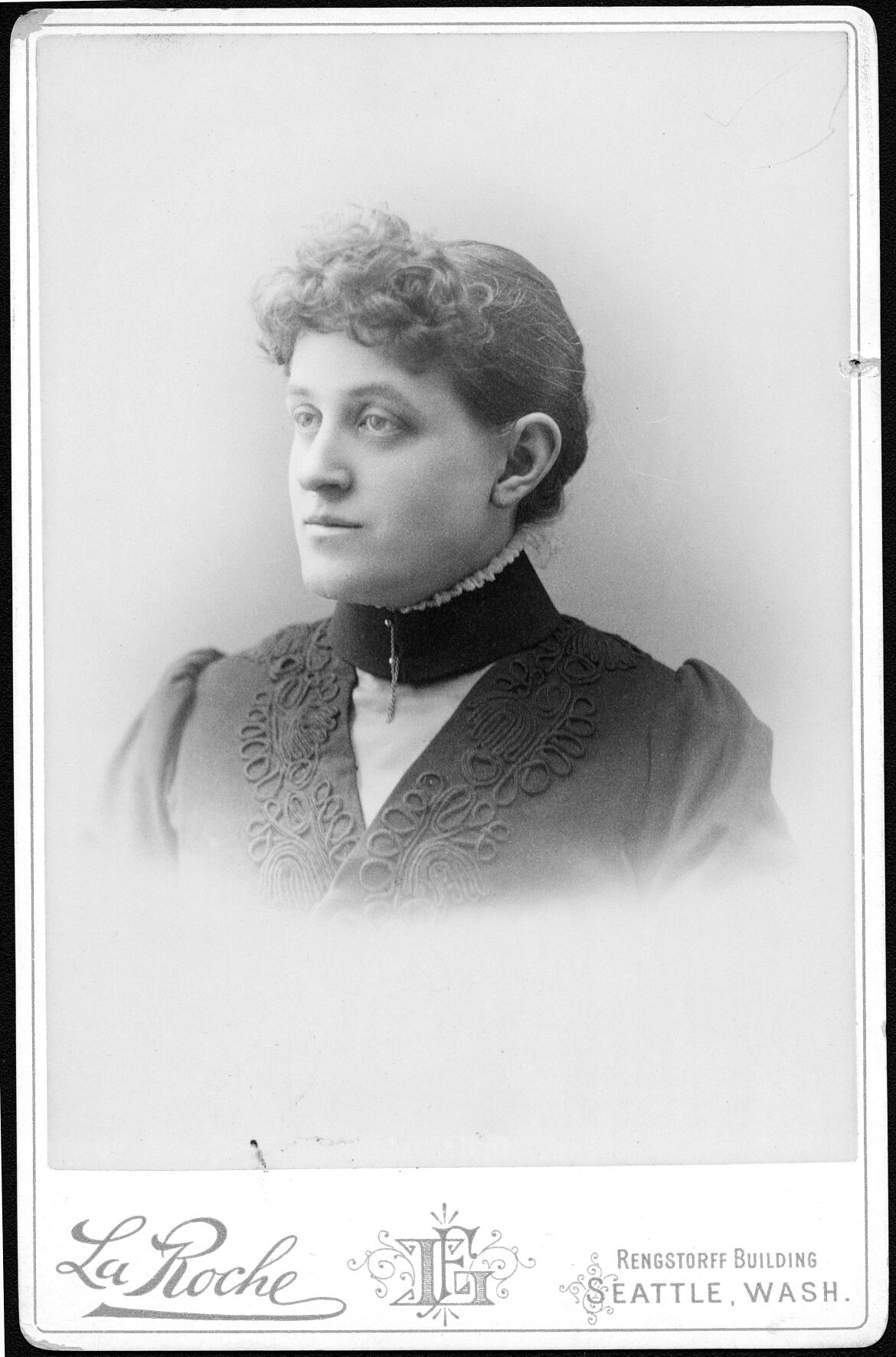 Parade held during convention of the Iowa Equal Suffrage Association that was held October 28th and 29th at Boone, Iowa. Marchers are passing the Methodist Episcopal church at 703 Arden Street. One banner reads: "Taxation without representation is tyranny--as true now as in 1776". [Detail from original photo] October 29, 1908. Photographer: Moxley.

As America celebrates the 100th anniversary of women’s suffrage this month, it’s worth remembering how narrowly the movement succeeded.

Congress passed the 19th Amendment in 1919 before sending it to the states for ratification. Thirty-six states needed to approve it before it could become law, and Iowa was the 10th, adding its stamp of approval in July 1919.

“This was not an easy thing to get done,” said Karen Kedrowski, director of the Carrie Chapman Catt Center for Women and Politics at Iowa State University. “Of the states that were left to vote, Tennessee was the last hope.”

That’s because the other remaining states – Florida, North Carolina, Connecticut and Vermont – opposed it, Kedrowski said. The governors of Connecticut and Vermont didn’t even want to convene their legislatures to vote because they were personally against it. Other opposition came from individuals and organizations who feared that women voters would vote for stronger prohibition laws and stronger regulations of industry.

But the suffragists stood steadfast. They rallied support from a broad spectrum of society.

“The sheer scope of those who supported the 19th Amendment is not often understood or appreciated,” Kedrowski said. “It was a diverse coalition of white men and women, people of color, immigrants, farm families and more. It was a reflection of American society.”

The suffragists struggled for ratification for 75 years, with some of the same tactics that Black Lives Matter protesters use today.

“Those tactics were used by suffragists who put their physical bodies on the line to express their First Amendment rights,” she said. “They were often beaten, arrested and abused for using civil obedience in the face of authorities who brutalized them. It started then, and it’s continuing today.”

This month, Iowans remember the women who marched for the cause: Carrie Chapman Catt of Charles City, Mary Jane Coggeshall of Des Moines, Amelia Bloomer of Council Bluffs, Susan Brown of Des Moines, Caroline Ingham of Algona, Julian Hallam of Sioux City, Anna Lawther of Dubuque and Martha Peck of Ottumwa to name just a few.

“Change can be disruptive and controversial, and these women certainly fell into those categories,” said Landis, who works at the State Historical Museum of Iowa, a division of the Iowa Department of Cultural Affairs. “But we would not be celebrating the 100th anniversary of the 19th Amendment without their passion, dedication and commitment. They earned it, and we are rightly celebrating their victory.”

Biden: Trump should step down over his Covid-19 response

“Toward a Universal Suffrage: African American Women in Iowa and the Vote for All”

This traveling exhibition documents the contributions of Iowa’s African American women – notably Helen Downey, Gertrude Rush, Vivian Smith and Sue M. Wilson Brown – in the march toward women’s suffrage. Women of color advocated for voting rights as well as an end to lynching and other forms of systemic discrimination. Organized by the Central Iowa Museum, Iowa Department of Human Rights and Iowa State University’s Catt Center for Human Rights, the exhibit will be on display Aug. 10-13 in Clarinda, Aug. 14-17 in Essex, Aug. 18-21 in Shenandoah and Aug. 24-28 in Oelwein. For further dates and details, visit centraliowamuseum.com

“Voice and Votes: Democracy in America”

This traveling exhibition about the history of American democracy is based on an exhibition at the Smithsonian’s National American History and brought to Cedar Rapids by the African American Museum of Iowa, the Czech Village New Bohemia Main Street District and the National Czech & Slovak Museum and Library. It remains on display through Aug. 15 in Cedar Rapids. blackiowa.org/voicesandvotes

Join Goldie the Goldfinch for an at-home summer expedition about voting rights. Historians of all ages can learn through digital resources like coloring sheets, a crossword activity and more. Available online, starting Aug. 10, at iowaculture.gov.

In this webinar, State Curator Leo Landis will discuss Iowa’s role in passing the 19th Amendment women's suffrage and how Iowans helped pass the 19th Amendment. Registration is free but required: iowaculture.gov/history/19thAmendment

This article was provided by the Iowa Culture Wire, a free service of the Iowa Department of Cultural Affairs.